While the focus is on Bachchan playing the Maharashtrian version of Don Corleone to the hilt, other characters are moved about the chess board, so that some sort of suspense is created 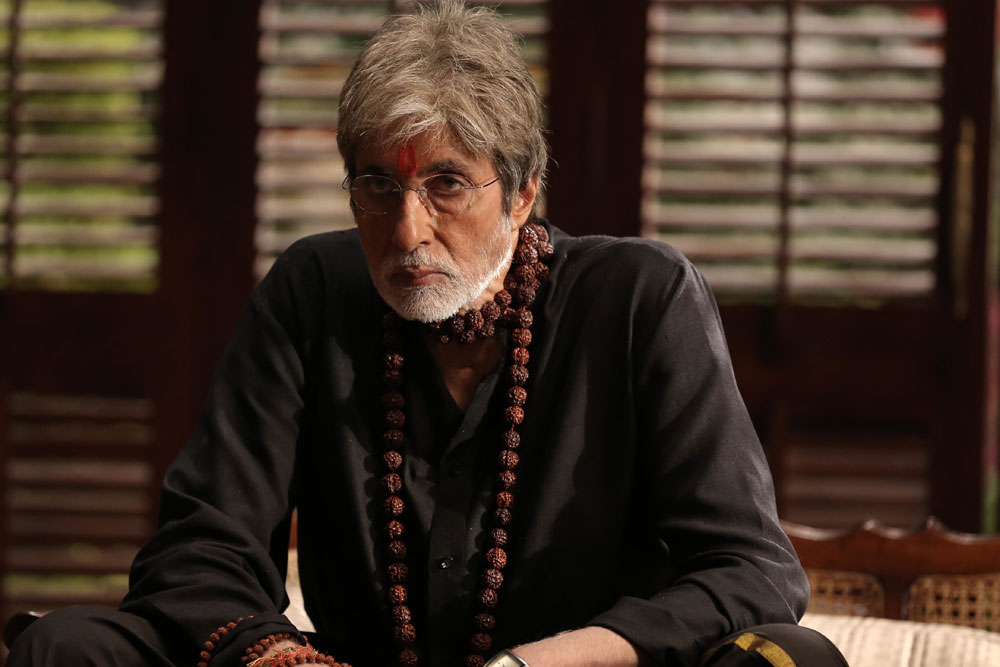 Ram Gopal Varma loves interiors. All the ‘Sarkar’ films have been shot in dimly lit, elaborately furnished rooms, with the central character, Subhash Nagre (Amitabh Bachchan), placed on his throne, at times barely visible. In addition, the sound track is dominated by the hoarse whisper of the aging Don, reverberating in the darkness. Also, whenever the movie wants to underlines a dramatic line from one of his declamations, bugles blow, drums roll, and the air is filled with the chant of ‘Govinda, Govinda’.

Apart from this love of inserting noir elements in his films, there are other obsessions inherent in Varma’s film making which make him an interesting, if repetitive director. A love for the macabre is one of them. The chopping up of a body in Not a Love Story, and the gunning down of innocent people in ‘The Attacks of 26/11’ are testimony to this. Also, the use of mise-en-scene in his horror films, especially Bhoot, is absorbing. There is no doubt that his cinematic innovation, his irreverent attitude, his willingness to experiment, and his active encouragement of new talent has, over the years, been good for Hindi cinema

But strangely, none of the stylistic devices that he has worked with in earlier films, are used to enhance the look or content of the ‘Sarkar’ films. All three are flatly written scripts about an authority figure in the political landscape of Maharashtra. The use of money, muscle and real estate is predominant in the power play of the State, and the extra constitutional figure of the aging Subhash Nagre, also known as ‘Sarkar’, brings an element of righteousness to the naked greed on display. ‘Sarkar’ recommends a measure of proportionality to development, the rights of the poor, and the division of the spoils of office.

In this film, a corporate tycoon turns up with plans for a multi-crore unnamed project in Dharavi, Mumbai, which will displace thousands of people from their homes. ‘Sarkar’ says no to it, and, like in ’The Godfather’, is immediately under threat with innumerable plots to remove or replace him with a more pliable authority figure. It turns out that it is Sarkar’s right hand men who are themselves involved in palace intrigues, and who appear to collude with external conspirators. One of them is his grandson, Shivaji Nagre (Amit Sadh) and the other is his loyal assistant of many years, Gokul (Ronit Roy).

While the focus is on Bachchan playing the Maharashtrian version of Don Corleone to the hilt, other characters are moved about the chess board, so that some sort of suspense is created. For a while it seems that an upwardly mobile politician, Govind Deshpande (Manoj Bajpayee), might stir up the pot a little, but the hope is short lived. Intrigues do not come off as intended, and everyone walks around the movie with a vacuous look, like in one of Varma’s earlier ghost stories.