A short film on the trauma of renting a home as a single woman in Mumbai makes it to Sundance. Director Reema Sengupta in conversation with Divya Unny 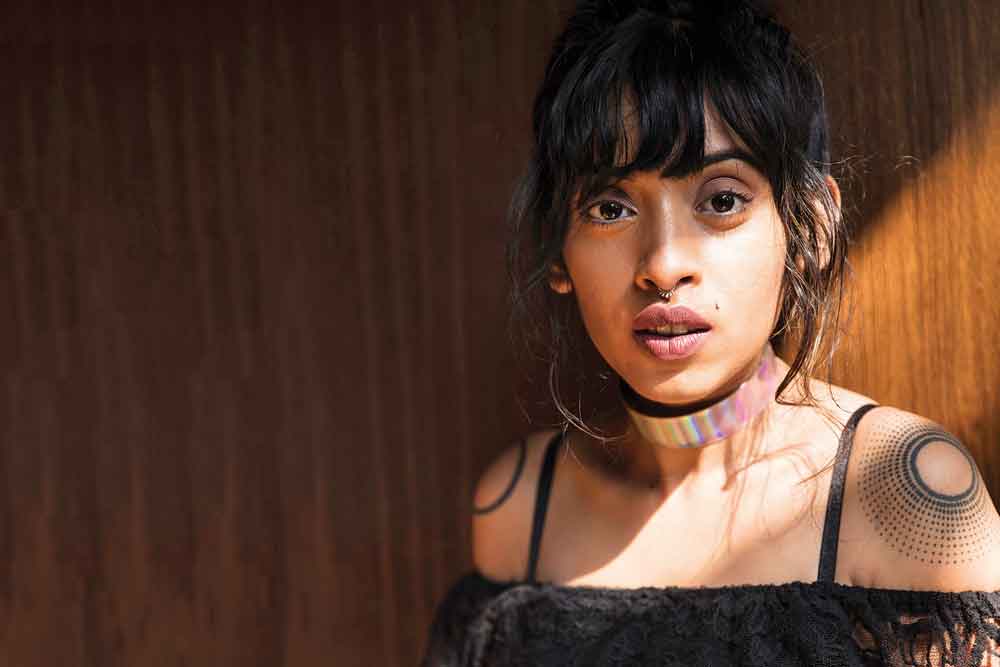 THE LAST TIME an Indian short film premiered at Sundance was in 2002. The film, called Birju (written and directed by Heeraz Marfatia), was about a little boy who loves to eat jalebis. It went on to be nominated for the Oscars. Today, more than 15 years later, short cinema in India has good reason to celebrate. Reema Sengupta’s Counterfeit Kunkoo has been picked to open at Sundance Film Festival 2018 (January 18-28th, Park City, Utah) and with good reason. Her 15-minute short is a strong, blunt and unapologetic tale of a separated single woman looking for a house in Mumbai. The questions hindering her path to tenancy are perhaps these: Will your husband sign the lease agreement? Can we see a marriage certificate? When will your husband arrive in the city? Why are you still single? Etcetera. From marital rape to financial independence, the film addresses relevant issues that a woman in an urban environment today struggles with. Shot in Mumbai, Counterfeit Kunkoo is one of those rare gems that mocks the brutality and hypocrisy of urban life. Award- winning Mumbai-based filmmaker Reema Sengupta, who has written, directed and edited the film, speaks about the importance of standing up for single women, and more.

What drove the initial idea of Counterfeit Kunkoo?

I have always used writing as a means of catharsis. Counterfeit Kunkoo was written a few years ago when after 24 years of marriage, suddenly one day my father told my mother that she needs to figure out her own accommodation by the end of the week. Here was a strong, financially independent woman scrambling to find a house to rent just because her husband wasn’t standing next to her acting as her character certificate. I didn’t know how to channelise the deep sense of anger and helplessness I was feeling, so I chose to write a film about it. The idea was to address housing discrimination and the shift of attitude towards a woman after she decides to separate from an abusive marriage. But apart from the core subject, there are no parallels between my mother’s experience and the fictional world of the film.

The film highlights multiple issues including marital rape and the challenges a single woman faces in an urban environment. As a filmmaker, what was the message you wanted to drive home?

Through this film, I wanted to explore the idiosyncrasies that come with the misogyny that seems to pervade our everyday lives. It is an intimate perspective on the ‘Ideal Indian Female’ in contemporary urban India, and how we still seem to live in a society that believes having a husband is a prerequisite for respectability. We have tried to portray the story and the characters with as much honesty and realism as possible, in the hope that the audience will see more than just the primary message of the film; in the hope that no matter the scale, it will bring some tangible change.

Do you wish to tell more stories of female protagonists?

As filmmakers, we can bring authenticity and depth to stories that we understand intimately. As a woman, I believe it is my responsibility to present nuanced portrayals of women. However, my protagonists haven’t always been only female. That being said, there has been a serious dearth of female protagonists in Indian cinema and we must all endeavour to change that. Haven’t we all known several women who have been discriminated against in some capacity because of their marital status? I have seen it countless times around me, with women of my family and so many others. The discrimination has been so normalised that I have known of women who would rather suffer an abusive marriage than deal with what is expected to follow after the separation.

“Through this film, I wanted to explore the idiosyncrasies that come with misogyny” – Reema Sengupta

How do you feel an international audience—at Sundance for example— would react to a subject such as this?

Sundance has been supporting incredible independent cinema for so long. Having their endorsement and support has given us so much credibility. It has changed the trajectory of the film’s journey and mine too. I feel all stories, no matter how local and specific on socio-political context, have an inherent universality. The responses we have been getting from international audiences that have seen the film so far has been very heartening. A lot of the emails say that it’s great to see a portrait of an Indian woman, one that is made in such a subtle way. A filmmaker friend from Spain pointed out that there is a humanity in the film that has been put there with a lot of empathy and observation. I feel it is realism and emotional intimacy that make the film work, regardless of geographical background.

Do you feel empowered that your film made it without any lobbying or big production house attached to it?

There is a certain sense of pride that a small indie short made hustling it out on the streets of Mumbai is getting international attention. I am genuinely impressed that even the biggest film festivals make sure they see every film submitted and look beyond conventional considerations like production value.

Your film is set in middle or lower middle-class India. Do you think a European or an American audience will get a dose of the realities that Indian women face?

The setting of the film is based on the spaces and people I experienced growing up. More than the setting, I believe it is the realism of the portrayal and the emotional journey it presents that will give international audiences an intimate experience of some of the challenges the women of our country face.

It is absolutely ridiculous that we need to have this conversation in the 21st century. There are no rules or laws that back discrimination of this kind; it is completely societally instigated and implemented. We need to endeavour for a community that stands up with strong voices every time it sees unfair discrimination.

You have studied abroad and spent a lot of your work life exploring different countries and cultures. How have your experiences helped you as a filmmaker?

Every single project you work on helps you evolve as a filmmaker. The dystopian sci-fi short I made in London taught me it is possible to create an entire world with very little resources— we were broke students who literally went dumpster-diving to put together our set. When I directed Korean actors for a short film in Busan, South Korea, I learned human emotions are language agnostic. We didn’t understand each other’s languages but we still understood each other and made a film together. Shooting Counterfeit Kunkoo taught me to visually explore the relationship between spaces and characters, especially in very constrained areas. Each project is also a project in self-learning as well as self-critique in the hope of continued evolution.