Extremely well paced, there is not a moment in the film when your attention wanders 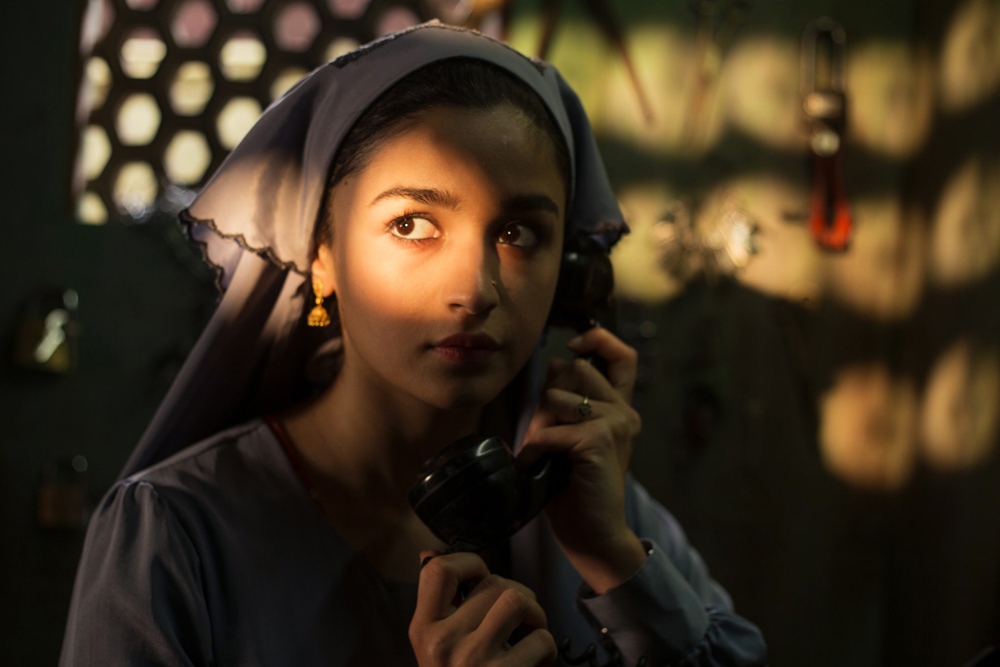 With the objectivity of the print and electronic media extensively compromised, Hindi cinema probably functions as the fourth estate in our body politic. Though it is fiction, movies about politics, when humanised, have a transformational effect. Here, in ‘Raazi’, the perspective on the unending conflict between India and Pakistan, now spanning three generations, is looked at in a very interesting manner by writer and director Meghna Gulzar.

In her film she removes every single sign, connotation and symbol that turns political differences into familiar cliches. Without these habitual labels that an audience is accustomed to, we look at a military family in Pakistan and see it as the upper class and privileged urban household that it is. The words ‘Muslim’, ‘Urdu’ and ‘Pakistan’ become merely descriptive of the setting of an engaging spy thriller. This director did the same exercise in her previous film, ’Talvar’, and it allowed us, for the first time, to look at the ‘Arushi’ case objectively as a crime, and not as a social judgement on parenting, or on the changing lifestyle of teenage girls.

Much credit goes to Gulzar’s careful nurturing of the matrix of politics and culture. Within its genre, however, ‘Raazi’ can be looked at as a well made, though pretty conventional film. It bears resemblance to Alfred Hitchcock’s ’Notorious’ (1946) in many ways. That film was about an American daughter of a Nazi spy (Ingrid Bergman) recruited by a Government agent (Cary Grant) to spy on a Nazi organisation by marrying one of its members (Claude Rains).

In this film Sehmat Khan (Alia Bhatt), an Indian Muslim, is persuaded by her father (Rajit Kapur) to marry into a top military family in Pakistan, so that she can gain access to information on Pakistan’s war plans, just before the 1971 war breaks out. After extensive espionage training in India, she agrees to an arranged marriage with Iqbal Syed (Vicky Kaushal), and proceeds to extract information by scrutinising the office files of her father-in-law, a Brigadier in the Pakistan Army. Apparently, ‘Raazi’ is based on real events that led to Indian Intelligence being alert to Pakistani Naval plans to sink INS Vikrant, and the Indian Navy’s subsequent success in countering that move.

An important sequence in ’Notorious’ is the ‘key’, as in this film, and the memorable and tortured confession of the man whose wife turns out to be a spy: “Mother….I’m married to an American agent”.

The human dimension of personal and political betrayal, as felt by the party betrayed, is as acutely and painfully conveyed in ‘Raazi’, and the most interesting thing in this movie is how the writer and director gets the sympathy of the audience to shift gradually from the Indian planners of the operation, to the Pakistani family caught in the web of intrigue between two nations. By the end of the movie, a caring household with all the best values of our common culture is totally destroyed; collateral damage, as they are wont to call it in war.

Sehmat herself is appalled by the suffering she is inflicting on a family that has always treated her with affection and courtesy. Though she is infused with the conviction that devotion to the nation is more important than individual love or happiness, her inner being is completely traumatised. Alia Bhatt conveys that anguish effectively.

Extremely well paced, there is not a moment in the film when your attention wanders. It is refreshing to watch an India/Pakistan film in which jingoism, and all the cliches of religion, culture and society, are deleted from its semiotics. What is left is a taut thriller that rarely falters.