Irrfan gives us a hugely entertaining character, but his persona starts to fray by the end 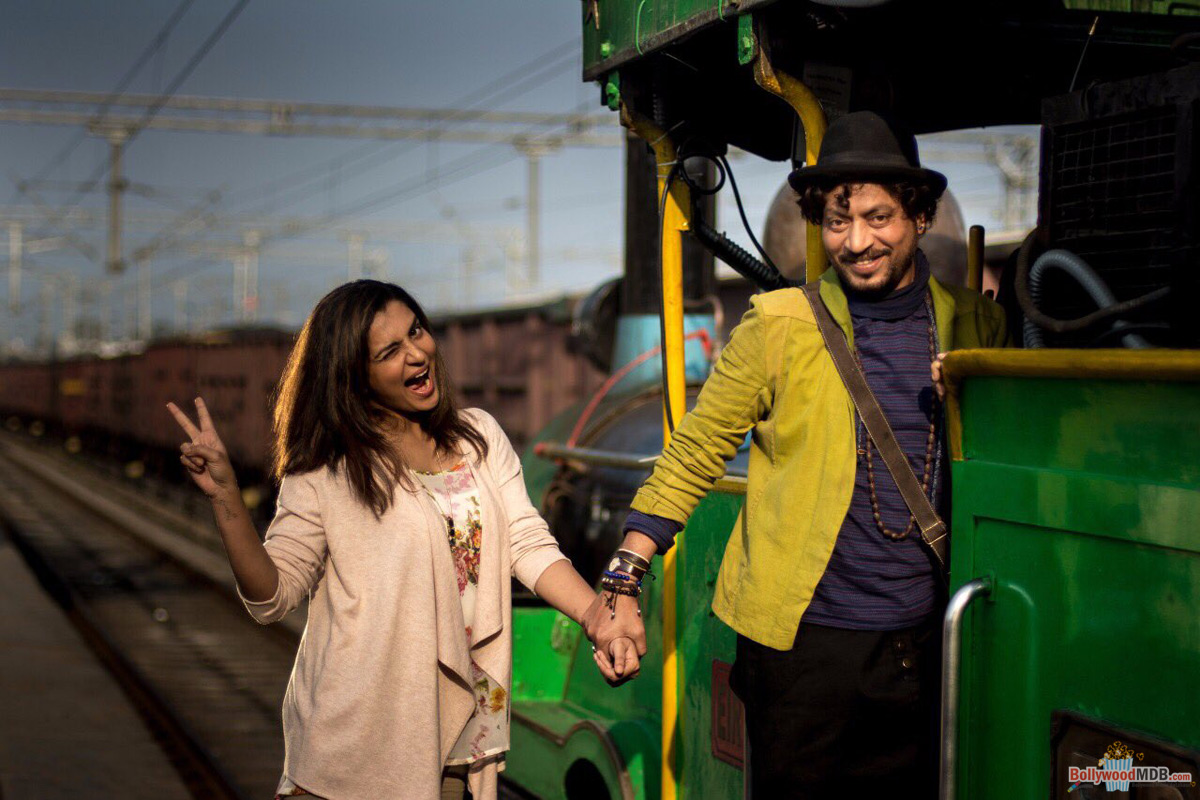 The relationship between Yogiji and Jayaji is rather formal. He speaks the language of an Urdu poet, and she is a very proper, convent educated South Indian woman. They meet on a dating site, and though you understand that she has been persuaded by her peers to log in, you can’t figure out what he is doing there in the first place. Disdainful of the internet and the generation that has stopped reading, he is disheveled and apparently non conformist, though remarkably articulate and tech savvy. He appears well versed in the bourgeois lifestyle, even though the source of his income is never revealed in the film.

It is a deliberately contrapuntal pairing that the writers and director of ‘Qarib, Qarib, Singlle’ are depending on for evoking humour and creating characters in their story of loneliness in the digital age. Yogi (Irrfan Khan) is positioned as the enigmatic and experienced older man of romantic fiction for women. Though sometimes flamboyant in his mannerisms, he is a gentleman and always respectful towards women. Jaya (Parvathy) is a well heeled designer with her own company and social set. She is a widow and finds it difficult to move on, past the memories of her marriage.

This odd couple decide to take some time off to travel and see the country. Yogi’s prescription for generating a sense of well being in himself and others, is wanderlust. He says he wants to visit his three ex-girlfriends to see how they are coping with his absence, and to check out on how much they are mourning the end of their relationships with him.

It turns out that the girlfriends are very happy and doing just fine, without a trace of romantic regret for their loss. Still, the ladies squeal in delight to see him. When Jaya sees these comfortable equations that he shares with women, who may or may not have been his girlfriends, she opens up and starts enjoying herself, even though she remains perpetually on guard and inhibited through the movie.

Irrfan’s Yogi is a treat, and there are some gems in the one liners he lets loose from time to time. But the relationship between the two singles fails to convince. Jaya continues being uptight and uncomfortable with his bohemian ways, and it is difficult to understand why Yogi would want to persist in indulging her. True, the film is about companionship and not sex, but at some point in the plot a comfort level of emotional chemistry has to develop. This never happens, and in one cringe worthy scene, Jaya berates Yogi about how selfish he is, and about how this whole road, air and train trip is about him, not her. You have to ask the question: how does he find this woman companionable?

From Jaya’s perspective, Yogi appears to be an occasionally amusing, though mostly irritating, ’shayari’ spouting chaperone on her travels. At no point in the film does their relationship reach an emotional denouement. There are no poignant moments that reveal genuine affection for each other. You cannot ever see the two remaining friends, once the film concludes.

For a large part of ‘Qarib, Qarib, Singlle’, Irrfan gives us a hugely entertaining character, but his persona starts to fray by the end, and with the script writers allergic to providing him with any social context, his role becomes extended to a star turn for a talented actor, rather than that of a fully fleshed out lonely man, in a film about the elusiveness of companionship.