Bollywood is not known to be kind to women. They’re either considered too short, too fat, too tall, too dark, or even too fair sometimes. Nushrratt Bharuccha has heard some version of this from industry heads for the longest time. “If they say I’m too thin, I put on weight. If they say I’m too fat, I lose the weight. If they say I’m too short, there’s this invention of heels. Buy them all, wear them all. I trained myself to walk in heels for 15 hours, to dance in heels for four days at a stretch. Those were shortcomings people saw in me so I couldn’t get the job. So, I just upped my skillset and said why don’t you do a test with me, find the tallest hero and let me stand there with six inches?” She was also considered too fair for the part that eventually went to Freida Pinto in Danny Boyle’s Slumdog Millionaire (2008). “There’s this term they use in the industry which is poster pe achha nahi lagta [doesn’t look good on the poster],” she says. But now increasingly people realise there’s no formula or design. There will be disrupters, she says. And she has become one of them, doing roles out of her comfort zone in Chhalaang (2020), Ajeeb Daastaans (2021), and now in the Amazon Prime Video film Chhorii. She says she always believed a day would come when filmmakers in Bollywood would be all right with her weight, body and height. And Chhorii it is—she says she doesn’t even wear shoes in the horror thriller. “It never threatened my self-esteem though. I know who I am. Earlier, things did affect me but you learn from your mistakes. I do the part, then go back to who I am,” she says. Coming up: two more films, Ram Setu with Akshay Kumar and Janhit Mein Jaari, written by Raaj Shaandilyaa.

It has become common for Bollywood movies to cast social media stars for their numbers. Bhuvan Bam knows when he walks into a meeting room that they’re only interested in his YouTube following. “They usually want to cast me only for the numbers. There won’t even be a director or screenplay writer there, only the marketing executives or the producer. The role is usually the hero’s friend, the heroine’s friend. And they will tell you that Bollywood will give you exposure. What does that even mean?” He remains steadfastly loyal to his YouTube universe though, making a new series Dhindora, where he plays 19 characters. The entire scripting of Dhindora has been around the life he lives or sees around him—sharing an autorickshaw, not having enough household budget to make eggs for breakfast, or seeing Instagram live from the scene of a death. “My mom used to travel 45 km back and forth to work on a scooter every day. One day, she told me a truck carrying beer had overturned and people were just standing there drinking from the bottles left. I always say India is a land of content. Look around you, there will be something to talk about,” he says. But he adds he doesn’t want his Dhindora characters to step out of the YouTube universe, and ask his viewers to pay for them. He’s currently writing Season 2 of Dhindora, and will be trying to make his own productions for OTT and theatres by BB Ki Vines Productions in every genre. His one rule: stay away from religion and politics. Everything else is fair game.

Jimmy Shergill’s Bishan Khosla is a man struggling with his conscience and being slowly pushed over the edge as he fights to save his son’s future. In Season 2 of Your Honor on SonyLIV, we see his desperation rising as he feels his son, in prison for a hit-and-run, slipping away. Shergill, who was pure evil in Anurag Kashyap’s Mukkabaaz (2018), makes a sterling anti-hero, miles away from his nice-guy reality, which often sees him stepping up to play cameos in movies directed by friends, such as Aanand L Rai and Mudassar Aziz. “Sometimes the movies release all at once and people feel that special appearances is all I do. So, I’ve started controlling myself now, and don’t say yes to everything,” he points out.

Apple TV’s The Morning Show has made it a habit to cast an Indian American star. Season 1 features Mindy Kaling as a busybody anchor intent on poaching from the embattled UBA. Season 2 has Hasan Minhaj playing Reese Witherspoon’s new morning show host. Any guesses for Season 3? 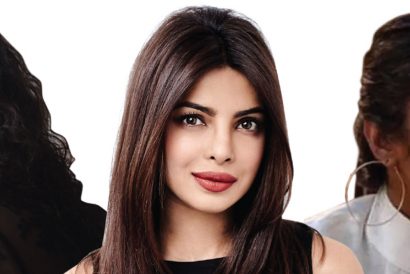 Palomi Ghosh, a singer and actor, who graduated in applied mathematics from the University of North Carolina, has delivered a string of fine performances