Mammooty would have us refer to cinema made in India as ‘Indian cinema’. With his latest, Pazhaasi Raja, simultaneously releasing in five languages, he should certainly hope so. 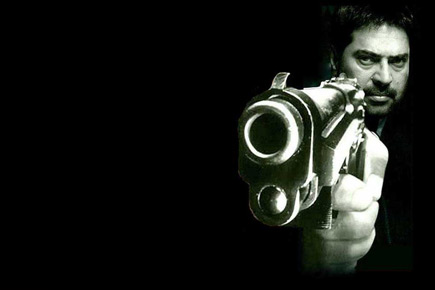 Mammooty would have us refer to cinema made in India as ‘Indian cinema’. With his latest, Pazhaasi Raja, simultaneously releasing in five languages, he should certainly hope so.


Film producers and directors down south believe the town of Pollachi near Coimbatore has some talismanic qualities. Many an out-of-luck producer/director in Chennai and Hyderabad has made this journey of faith for a ritual shoot in Pollachi, and will readily tell you that their pilgrimage paid off. Malayalam film legend Mammooty speaks to Open from Pollachi on his new release, Pazhaasi Raja, a historical film about a Kerala king who fought the British some 50 years before 1857. Pazhaasi Raja is the most expensive Malayalam film ever made.

Q What made you do this film?

A The challenge of doing a major film with some of the greats of south Indian cinema was immense. I have been part of this project for a while now and it’s something I genuinely believed in.

Q This film has clear historical parallels with your National Award-winning performance in Oru Vadakkan Veeragatha (Ballad from the North), 1989, which was written by MT Vasudevan Nair and directed by Hariharan. Many believe it’s a film that rewrote the grammar of Malayalam cinema. How different is the current film from the old one?

A Very different. For one, Oru Vadakkan Veeragatha dealt with reinterpreting popular stereotypes and folklore of north Kerala during the medieval era. This film is factually authentic as its characters and their stories were of real people who fought against the British. The earlier film was based on legend; this one is based on history.

Q This film has a lot of action sequences and has the martial art of the legendary warriors of north Kerala as a running theme. How did you prepare for that?

A Well, practice, practice. Indeed, I enjoyed filming those scenes, and let me tell you martial arts has nothing to do with age.

Q This film is being released in Malayalam, Tamil, Telugu, English and Hindi. Is this an attempt to rope in the Hindi and urban north Indian audience?

A We want this film to have as wide an audience as possible. It’s a story set in Kerala 200 hundred years ago, but has tremendous contemporary and national relevance. We believe it’s a story that will connect with every Indian, as it was a fight for India’s freedom. A film like this should have maximum reach. That’s why the multi-lingual release.

Q In public forums, you have often hit out against the north-south divide in Indian cinema? What do you think should be done for Indian films, regardless of the region or language they come from, to get a wide national viewership?

A Firstly, I am glad you have said ‘Indian cinema’ and not Bollywood, Kollywood, Tollywood etc. I am in total agreement with Mr Amitabh Bachchan and Mr Kamal Haasan who have said that the movies we make constitute ‘Indian cinema’. It does not constitute Bollywood or Tollywood—which implies we are a variation of Hollywood. That said, our cinema is indeed divided. My question is: in Bombay if you’re a south Indian filmmaker making a movie where south Indians speak Hindi with their own accents, why should that be lampooned. If Hindi is the national language, every accent in it has its own place, each of them is authentic. But the south Indian character in Hindi cinema is always lampooned. Films made in the South similarly caricature north Indian characters. For us to create a truly national cinema, we have to bridge these regional prejudices. Because we are one country first, and only then are we different states.

Q What are your terms with contemporary Mohan Lal?

A (Laughs). Really, it is one of mutual respect and rivalry. Nothing else.