The film is distinctly ‘unfunny’ 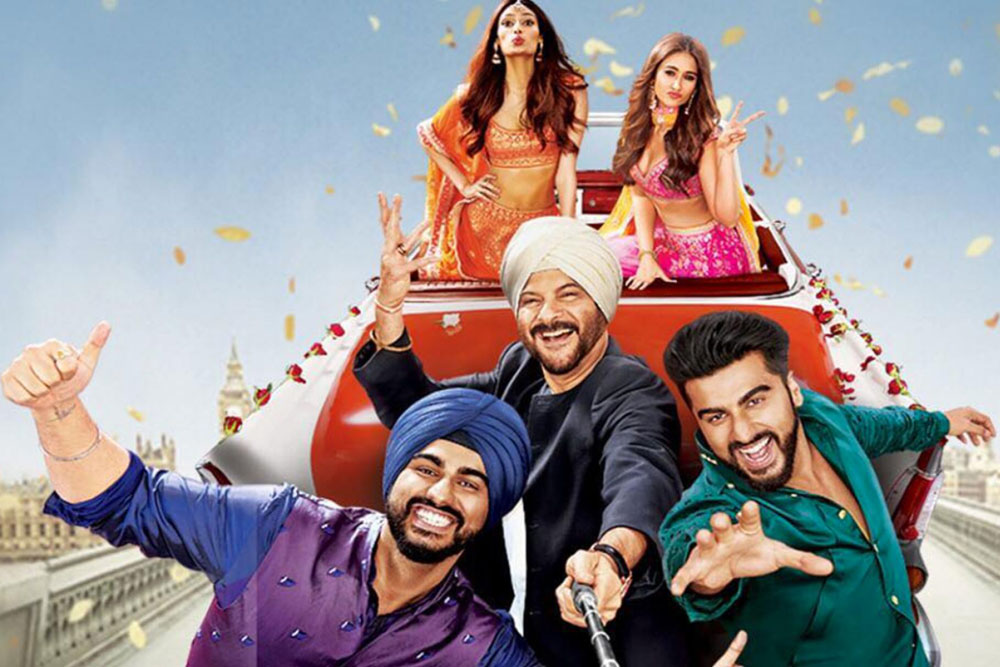 This is a comedy of errors that starts off with some promise, but ends up as a dull, cliche ridden film that is distinctly ‘unfunny’. When it begins, the Punjabi cultural flamboyance and sense of fun keeps your attention from drifting. But the plot device of young men avoiding marriages arranged by their parents, and using all manner of deception to do so, reaches its sell by date fairly quickly.

Twins Karan and Charan have lost their parents in an accident. They are Sikhs, and brought up in London and Punjab by various uncles and aunts. One young man keeps his turban, and the other doesn’t. Both are played by Arjun Kapoor, the actor delineating the difference between the two by playing the Sardar as more soft spoken than his boisterous, clean shaven brother. But there are so many haphazard twists and turns in the plot, that by the time the film ends, you just can’t tell the difference in their personalities. And so incompetently does Arjun Kapoor switch on and off between the Karan and Charan personae, that even he appears confused as to whom he is playing, and when.

The Londoners are rich Sardars who deal with their colonial hangover with some amusing reverse discrimination. English servants, both maids and butlers, attend on the families when they dine, and are called for and dismissed summarily with lordly gestures. The brown man’s burden in England is a tough act, but finds its high point, with an interesting twist, in the depiction of the only interesting character in the movie, a bachelor uncle in London called Kartar Singh (Anil Kapoor). His home in the suburbs is a mini Punjab and there is a very loyal English attendant, referred to only as ‘Jolly’, residing there. Unlike the servants in the other homes, he is in ethnic Punjabi dress most of the time and speaks Hindi. He also drinks with his master and appears to be a buddy.

In effect, Jolly is Kartar Singh’s man Friday, but since there are constant critical references from his family to Kartar’s bachelorhood and his avoidance of ‘family life’, one wonders if director Anees Bazmee is introducing a ‘gay bachelor’ to the sub-text of his comedy. In fact, Kartar’s sister in London, Jeeto (Ratna Pathak), shows her annoyance of the arrangement by slapping poor Jolly whenever she sees him hovering around her brother.

The three young ladies in the film do not have much to do, apart from changing their dress frequently, haranguing their men in faux annoyance, and looking surprised when called by their screen names. Which is an indication of how little attention Bazmee has given to his script.

In previous films like ’No Entry’, he worked on the development of the plot, right to the finish. But in ‘Mubarakan’ he simply introduces the idea of twins who secretly have girlfriends and want to avoid an arranged marriage. And then he leaves it there, and expects destiny to take care of the progression of the story from that point.