What we are given in this film is a generalized and sweeping historical background, embellished with lavishly mounted period sets 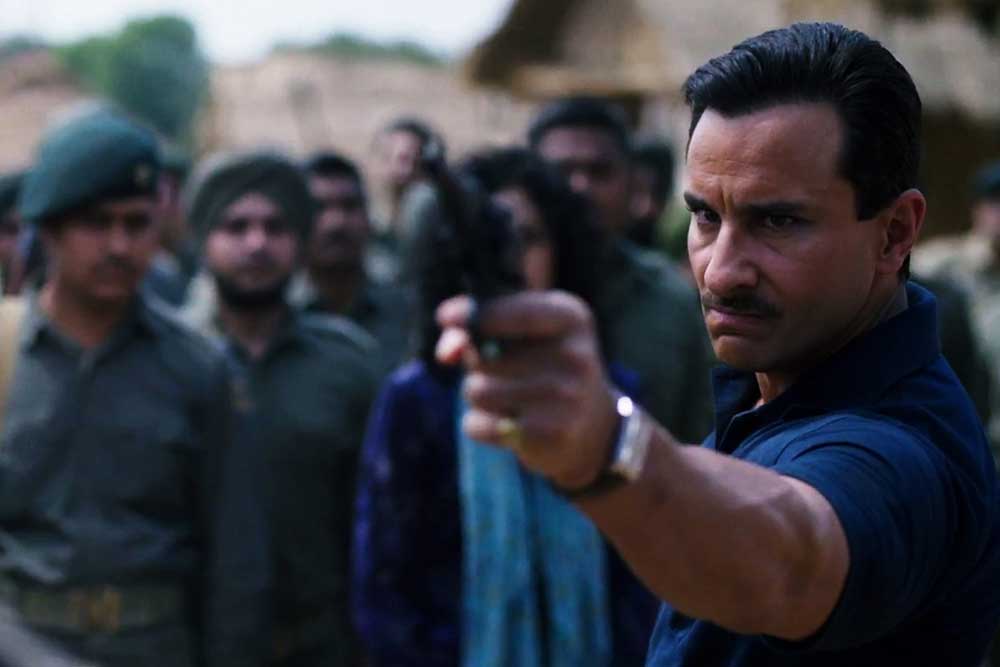 When he spins out of the orbit of Shakespearean tragedy, Vishal Bhardwaj leans towards the gravitational forces of other worlds in our solar system. In this film, he is in the Eastern front of World War 2, with Indian soldiers fighting for both the allied and the axis powers; most of them loyal to the British Indian army and a few fighting, through the Indian National Army (INA), with the Japanese invading forces in South East Asia. Patriotism is difficult to define for most Indians trapped in a war that is of the making of their colonial masters. They are defending an Empire that has subjugated them for almost 200 years.

Even as these Indian soldiers live and die for their masters in the war against the Japanese, food grain diverted from Eastern India to feed the troops is recorded as one of the primary causes of the devastating Bengal Famine of 1943. British rule is like a degenerative disease, and so it is all the more startling to see what Bhardwaj does to the scenario that he so painstakingly creates in Rangoon. He ‘Bollywoodizes’ it; to a degree bordering on the absurd.

The drama of Shakespeare, be it of a tired old king, an idealistic young prince, a thin skinned general or an unscrupulous usurper of the throne, revolves around sound themes, reliable subjects and the literary theory of Aristotle’s ‘Poetics’. This is familiar territory for Bhardwaj and he has handled it well in the past. To make a film on colonial history, on the other hand, requires original and contemporary political thinking and interpretation.

Instead, what we are given in this film is a generalized and sweeping historical background, embellished with lavishly mounted period sets. We are then provided with a plot to hang the history on. It consists of the outlandish idea of a female action star called Julia (Kangana Ranaut), who is coerced by the British into performing song and dance routines to boost the morale of the Indian troops fighting in the war in the Eastern theatre. ‘Rangoon’ starts to wobble on the basis of this facile explanation.

The ‘Julia’ character is clearly rooted on the ‘Fearless Nadia’ stuntwoman and actress of the 1930s Hunterwali film. As with the real actress, Mary Ann Evans, who went on to marry her producer, Homi Wadia, Julia, too, has a lover in this movie, a former action star called Rusi Billimoria (Saif Ali Khan), now her producer and would-be husband.

The re-creation of the early years of Bombay cinema is excellent. The music composed has the short and simple notes of that time, without too much chorus or instrumentation, and the song and picture duets are well picturised. Some lyrics have the faux English slang of the 1940s, particularly one called ‘Bloody Hell’, and others have an English music hall satirical ambience to them. Kangana is very good at portraying this atmosphere, particularly the mannerisms and stylization of the actresses of that generation. Also, her unexpected love affair with a soldier from the Indian National Army, Nawab Malik (Shahid Kapoor), who functions as a mole in the British Indian Army, is passionate, and there is a lot of great sexual chemistry going on in the lovemaking scenes between the two.

But, eventually, the story of a movie star entertaining the Indian troops cannot sustain itself for two and a half hours. Rangoon turns maudlin. The story of the war does not enlighten us in any way and, nor, for that matter, do we give an eight anna coin for who wins or loses it. A seventy year old conflict in the jungles of Asia, obscure enough as it is, and with no contemporary political interpretation by the writer and director, is the wrong platform for a stylized Hindi musical.