For Taapsee Pannu, who gives it her best shot, the movie must be quite a let down 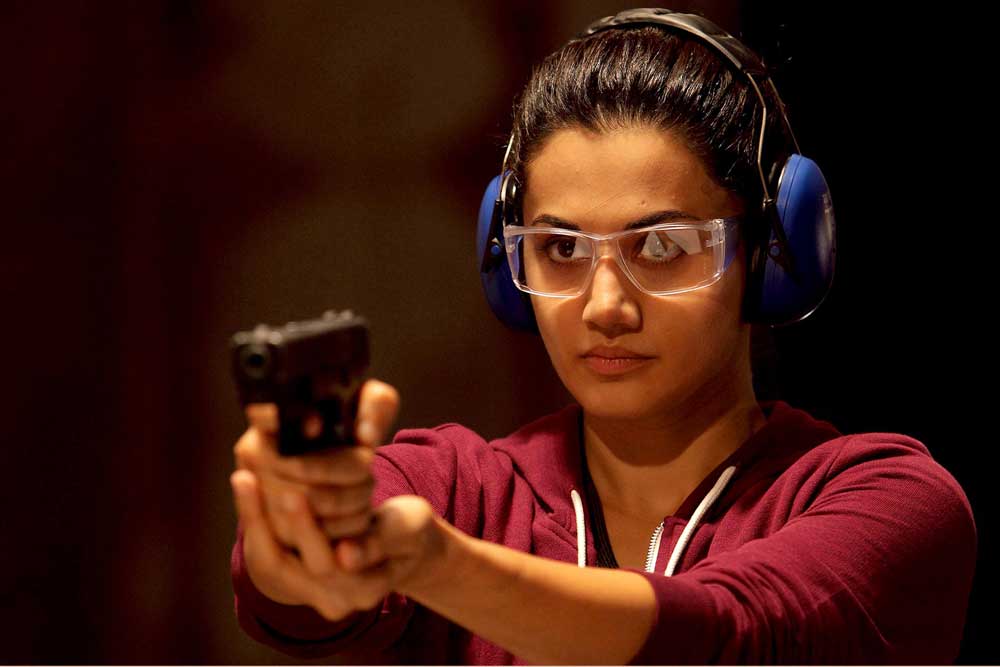 Naam Shabana is the back story of the lady agent in the movie Baby. That 2015 film was called Baby, not because it had anything to do with shapely babes or cute babies, but because it was about a secret anti-terrorist squad in the infancy of its formation, appropriately nicknamed Baby. It was a ‘black op’ of the Indian Government that was still in the process of recruiting its members. Its purpose was to preempt terrorist attacks on the Indian Republic. Some of the finest scenes in that film had to do with an arrangement by which agent Ajay Singh Rajput (Akshay Kumar) and agent Shabana Khan (Taapsee Pannu) travel to Nepal, pretending to be husband and wife. Their studied awkwardness as a couple got a lot of laughs, and Taapsee’s athleticism and polish in the role of a trained agent won her admiration, and then, two years later, a movie of her own.

So Naam Shabana is about how Shabana Khan gets to be recruited by Baby, and how she executes her first job for the agency. It is a great opportunity for the actress to showcase her talent. Unfortunately, the film is poorly written and directed, with none of the panache and technical excellence of the original. In this prequel, we see both Taapsee and Akshay reprise their roles, but with the focus totally on the recruitment policy of the agency, which, to say the least, is horrifyingly cynical. Shabana is being tracked; stalked is perhaps a better word. She comes to the attention of the agency when she kills her abusive father while he is assaulting her mother. Then a juvenile, she is sent to a remand home for a few years, and when she comes out, turns into a tough cookie, skilled in the martial arts and driven by an angst towards the world around her. For Ranvir Singh (Manoj Bajpayee), who is the chief recruiter and selection committee chairman, so to speak, rolled into one, Shabana’s coiled rage and cool temperament is the perfect combination for a ruthless agent who is required to eliminate terrorists before they even begin their deadly operations. But the hard-edged manner in which he offers her the opportunity to be trained for the job, sounds a lot like blackmail. When asked, he denies the allegation, and says he is just offering her a deal that she is free to refuse. In the best acted scene in the movie, we are witness to a darkened roof-top meeting between the nervous and apprehensive Shabana and this sinister Indian ‘black op’ recruiter. She asks him if he finds her a suitable candidate because she is Muslim. He says, yes, being Muslim is very helpful, because so many of the terrorists belong to that faith, and the agency needs a convincing cover for its operations.

A more blunt answer to a politically sensitive question, you will not find. He then rails on the present generation; about how young people have become disconnected from the real world and are happy just playing with their electronic devices; about how difficult it is to enthuse them enough to kill for their country; and about how happy he is to find a woman looking for just that kind of killing.

Till we get to this raving and ranting job recruiter, the film engages you. But as Shabana is selected and her long winded training sessions begin, the movie turns boring and predictable. From here on, the agenda is the thing; to demonstrate that a woman can be as effective a protagonist of an action film as a man; that she needs no romantic angle to distract her, or us for that matter; that she has as little compunction about committing murder as an Akshay Kumar action hero.

Clearly, there is an overload on this consciously designed syllabus. Combined with very poor pacing, and shot divisions that show no understanding of cinematic space, the result is a dull film. For Taapsee Pannu, who gives it her best shot, this must be quite a let down.