‘The Conclusion’ is a disappointing follow up to the original ‘Baahubali’ 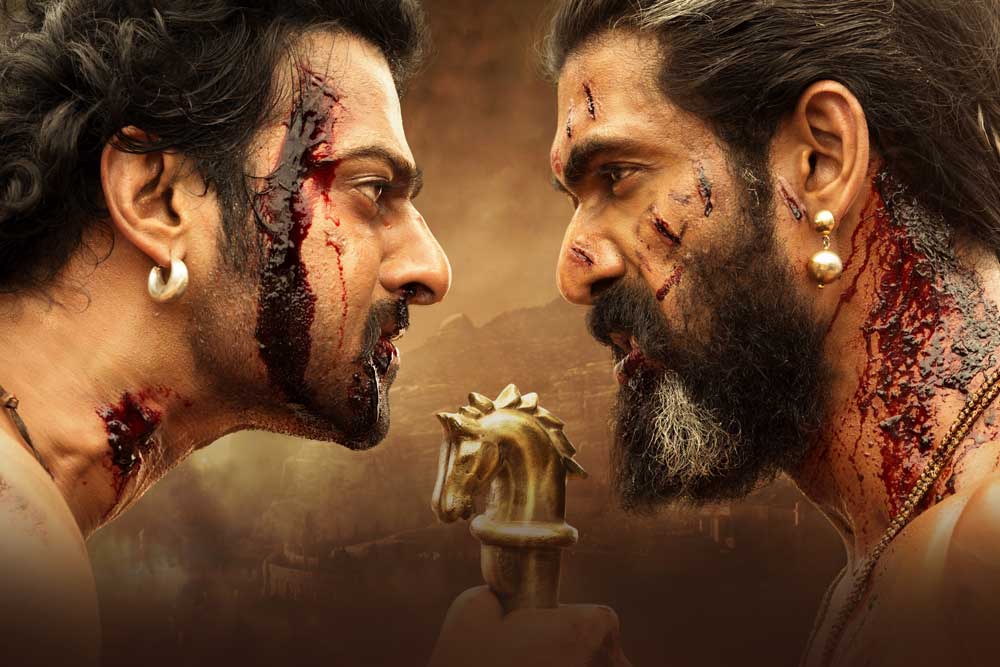 Non stop computer graphics pasted on TV serial content can be exhausting. When the first part of the Baahubali film came out some years ago, it had bombast, yet possessed some moments of cinematic narrative. The Conclusion is nothing but mediocre television, set to extravagant graphics.

In fact, at a few moments during the conflict between the Queen Mother (Ramya Krishnan) and Princess Devasena (Anushka Shetty), whom Baahubali has chosen to be his wife, the fiery exchange of words begins to resemble episodes from a typical saas-bahu serial. There is much fuss made of the grand kingdom of Mahishmati and its legacy, but senior members of the royal family display very little common sense and cannot seem to see through the simplest of court intrigues. The general drift of the story is that Bhallala Deva (Rana Daggubati) wants to be designated the future King by the Queen Mother, so he hatches one plot after another to lower the high esteem in which the heroic and great general, Amarendra Baahubali (Prabhas), is held in the kingdom.

The first part of the film, which deals with the romance between Baahubali and the beautiful Princess Devasena of Kuntala, is quite entertaining, with Baahubali pretending to be a village idiot who has drifted into her kingdom. The scenario of their love affair is an idyllic paradise of birds, flowers, and plenty of game. The royal family hunts wild boar for their amusement and Baahubali feigns that he knows nothing of hunting or of sword fighting. There is a lightheartedness to the way these scenes are written, and it is only here that The Conclusion gives you some idea of the way the first film managed to enchant audiences.

Vedic historians tell you of how air transport was invented by our ancients, and so, sure enough, the boat in which Baahubali brings his bride-to-be back to ‘Mahishmati’ takes off from the water and turns into a flying machine. Unfortunately, the moment the flying boat lands, the film turns into a monstrous melodrama of palace plots, with the entire court, save the loyal Kattappa (Sathyaraj), turning against our superhero.

While the concept of using advanced computer graphics to create our very own superhero movie is laudable, the overuse of the technology robs the film of a natural representation of reality, and, indeed, of the historical period in which the film is set. In fact, it ensures that period setting is kept out of the equation. So what we have in the movie is essentially and obviously artificial, with a set design which looks superimposed right through the nearly three hour duration. Combined with the exaggerated style of acting that is so often used in the depiction of our epics on stage, television and film, The Conclusion is a disappointing follow up to the original Baahubali .