Unfortunately, the telling of the film is slow, long winded, pointless, and extraordinarily boring 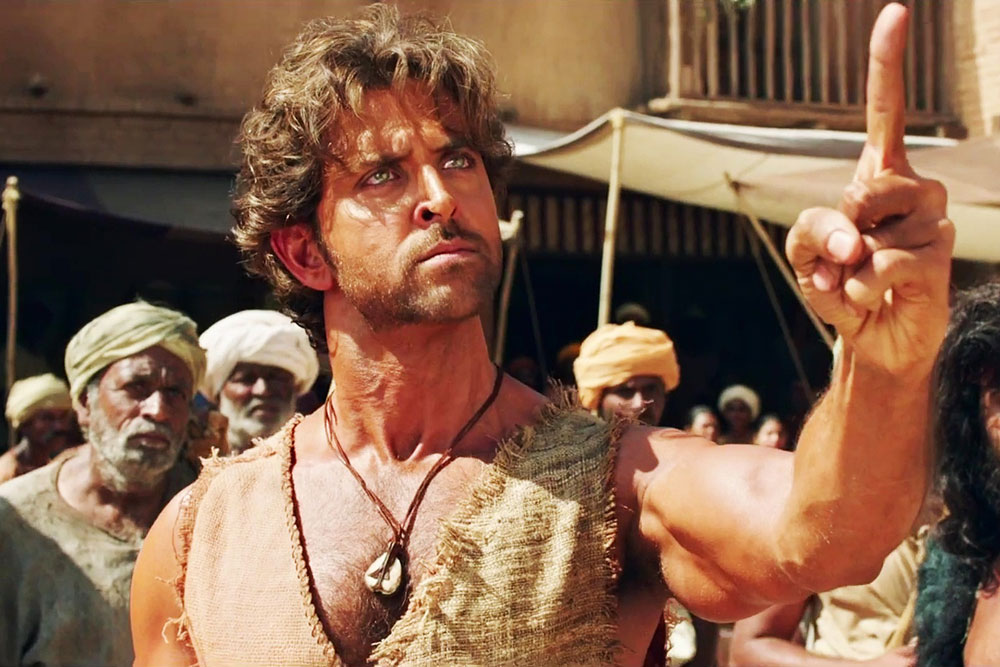 Like the details of a history honours student’s revision before the exams, the backgrounds of Ashutosh Gowariker’s films now cover the entire syllabus – Modern India (Swadesh), British India (Lagaan), Medieval India (Jodha- Akbar) and Ancient India (Mohenjo-Daro). We applaud the hard work of the director in painstakingly detailing these periods, but have to point out that the quality of the story and the dramatic personae in Mohenjo-Daro do not match the visual design.

Though he has produced the costumes and the sets describing the Indus valley Civilization and taken help from archaeologists to envisage the advanced town planning of the ancient city of Mohenjo- daro, Gowariker has super-imposed a foreign sensibility on his film. He has adopted the attitudes of civilizations in conflict areas like the Middle East of the Biblical period and the Roman Republic later. The central character in the film, Sarman (Hrithik Roshan), is a heroic citizen who battles injustice in his city state, in a manner resembling other heroes in Hollywood movies like The Ten Commandments, Ben-Hur, Spartacus and the more recent Gladiator.

He protects a beautiful woman from rampaging horses by calming them down, he has a fist fight with this beautiful lady’s unwanted suitor and he accepts a challenge from the fascist leader of Mohenjo-daro (Kabir Bedi) to fight a gladiatorial battle with two gigantic savages. Finally, like Moses leading the Israelites to safety by asking God to part the Red sea, he constructs a bridge of boats across the Indus to to lead his fellow citizens to safety and becomes the savior of his nation.

For some reason the film assumes that Mohenjo-daro was a patriarchal dictatorship, when available archeological evidence points to the contrary and suggests that it was, socially, quite an evolved city. The figurine in bronze of the ‘Dancing Girl’ at the National Museum in New Delhi indicates a very open society. Interestingly, the first presentation of the heroine in Mohenjo-Daro (Pooja Hegde), standing confidently, with hands on hips, resembles the statuette.

The star of the show, Hrithik Roshan, is impressive with his athletic physique, his unshorn locks and his passionate speeches on liberty and equality for ordinary citizens of the city. Unfortunately, the telling of the film is slow, long winded, pointless, and extraordinarily boring. This is disappointing.