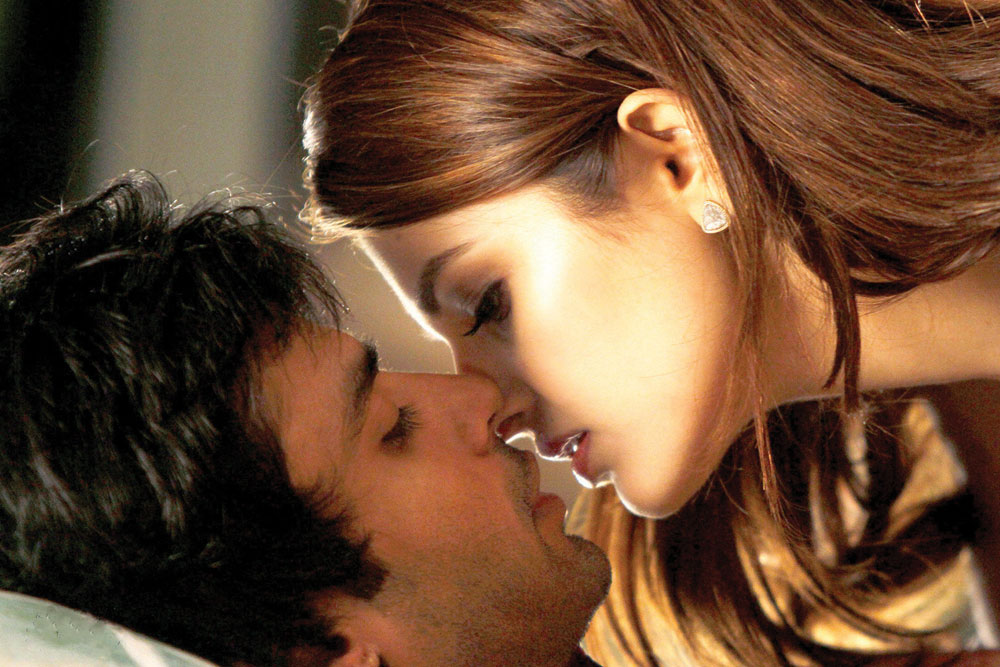 CONTRARY TO THE consensus of middle-class morality, Love Games is not a tacky or sleazy film. It is an amoral adult thriller with good production values. The very idea of promiscuity turns the leading lady on and she wants a man for his body, not his silly mind. She is also a black widow spider who disposes of an inconvenient husband and has a good laugh about it.

The film is about bored, rich and famous Page Three types who circulate in an incestuous group and look for excitement in their lives. Ramona Raichand (Patralekha), having recently tossed her husband out of the window of their high-rise apartment building, calls her toy-boy lover, Sameer Saxena, aka Sam (Gaurav Arora), over to a farmhouse for a liaison. She tells him that she has just read a book called Love Games, which is about couples who go together to parties, then split up and seduce couples — he, the woman, and she, the man. Whoever is first in getting his or her prey into bed, wins the game.

This lifestyle—if it did exist—would be peripheral, and so the movie is pure fantasy. Given the criminal aspect of some of the extreme behaviour in the film, the notion of crime paying well is certainly amoral. Some scenes are, to put it mildly, bizarre and off- the- wall. The acting, too, could have been better. But, horror of horrors, the film does entertain.