The film is painfully slow, but Motwane still makes a fine cinematic experience of it 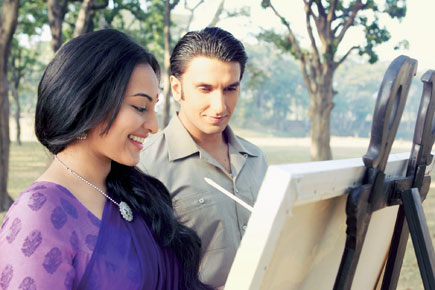 The film is painfully slow, but Motwane still makes a fine cinematic experience of it


Lootera is there or thereabouts. It’s nice to see that Vikramaditya Motwane has changed his budget, but not his style. The film is unhurried and contemplative, a wide-angled look at the way things end. Though this is a love story, the director clearly finds endings—the breaking of a heart, the final chapter in the world of a zamindar, a fatal illness—more affecting than beginnings, the last leaf more tender than the first.

Motwane also has a good feel for the atmosphere of time and place, connecting periods and locations and seeing how they shape people. Just like he did in Udaan, looking at the impact of industrial Jamshedpur on a teenage boy, he takes us to Bengal of the 1950s, where the zamindari system is still in operation. The system is about to end, but the zamindar (beautifully played by Barun Chanda) is in denial.

Cocooned in his inheritance, Mr Roychowdhury dotes on his only child, Pakhi (Sonakshi Sinha), and the two are unworldly enough to be seduced by the quiet charm of a man called Varun (Ranveer Singh), posing as an archaeologist, complete with books, music and oil paint. He makes off with all the zamindar’s antiques and bits and pieces of his daughter’s heart.

The next sequence is in snowbound Dalhousie and this is where Lootera, so far deliberate and measured, lapses into a state of hibernation. Apart from one terrific action sequence, where a police officer (Adil Hussain) hunts and corners the fugitive Varun, the film just marks time, waiting for its O Henry ending. Though stretching things out was sometimes a problem in Udaan as well, there the poignancy and pain carried the narrative through. Here it doesn’t.

Still, Lootera is a fine cinematic experience and it is such a relief to see Sonakshi Sinha, who looks and talks like an Indian woman, instead of the usual faux Western clone.