If historical nationalism is your thing, this movie is for you 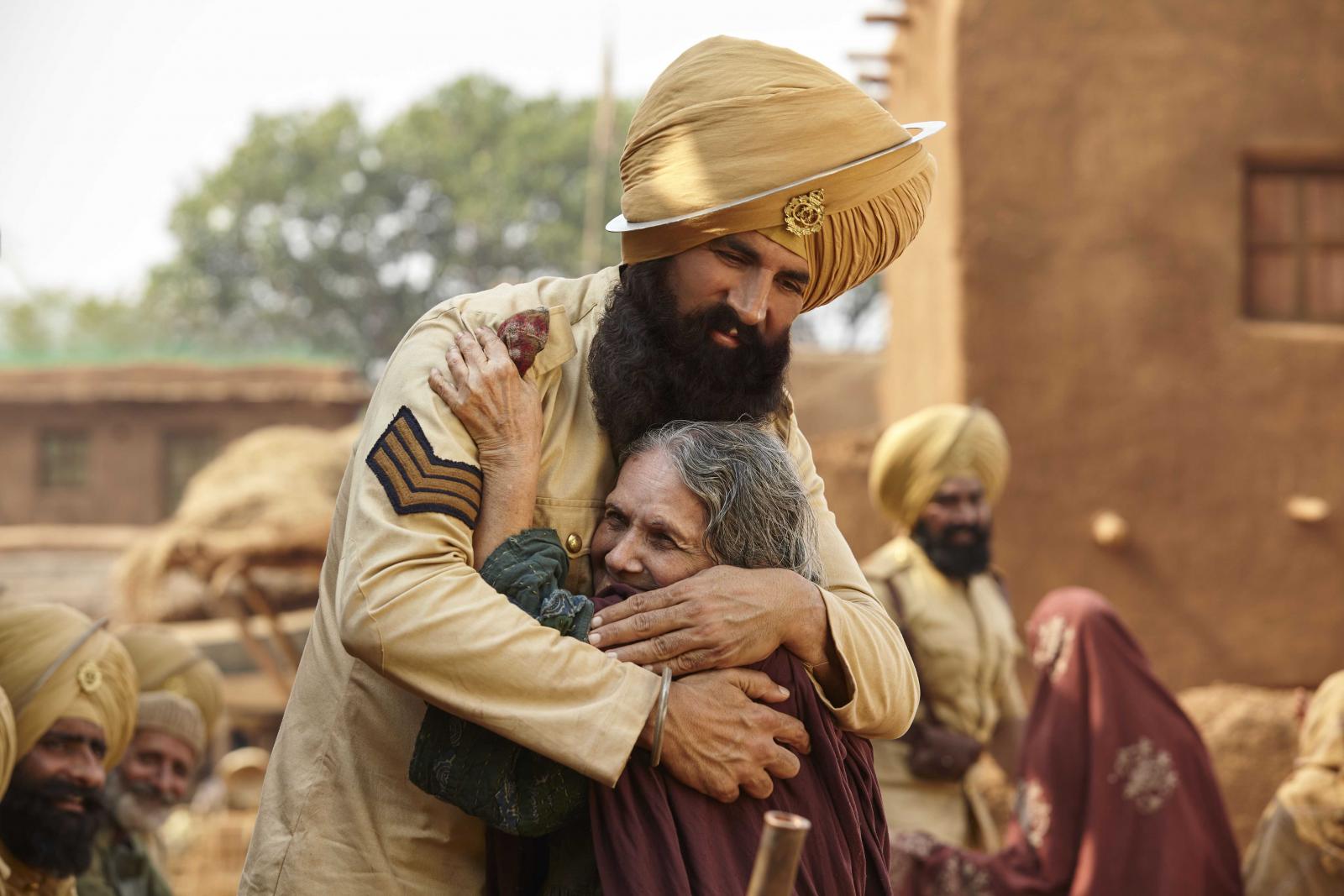 The embellishment of history in popular cinema is now integral to the filming of all conflict situations, from the time of Alexander to the present. However, the Battle of Saragarhi, on which ‘Kesari’ is based, ought to have been embellishment proof. The British kept meticulous records, including the date, time and names of all 21 soldiers who were martyred during the geo-political maneuvering by the Empire in Afghanistan in the late Nineteenth century. The absolute nature of the sacrifice of the Jat Sikh fighters of the ‘36th Sikhs’ on that fateful day – 12th of September 1897 – is so stark and awe inspiring, that any additions or exaggeration to the nature of the conflict would be a disservice and a dishonour to the memory of it.

But as the film would have it, the story begins with Havildar Ishar Singh (Akshay Kumar) being so appalled by the imminent beheading of an Afghan woman by Pashtun tribesmen that he intervenes. His English commanding Officer, Lieutenant Lawrence (Edward Sonnenblick) tells him that British policy is not to interfere in local matters, but he disobeys his command and kills a few tribesmen in the process of saving the woman’s life. As punishment, he is sent to ‘Saragarhi’, which is just a small communication post for the two main forts of ‘Lockhart’ and ‘Gulistan’, strategically located on both sides.

The narrative of the film implies that this heroic incident of rescuing the woman from the cruel Pashtuns is one of the many factors that motivated the tribes to hatch a conspiracy to capture all three forts. As the conflict begins, the lady is once again dragged to the battle field and made an example of. Is there historical evidence for this?

Thereafter, the film is so obsessed with the Akshay Kumar character that it loses perspective on the battle, and does not adequately explain the stunning achievement of how just 21 soldiers held between 10 and 12 thousand fully armed tribesmen at bay for so many hours. You see waves of tribesmen attacking, then a cut to the Sikhs discussing the situation, then scenes of signalling and receiving information from the other two Forts, and finally a cut back to what appears to be just another take of the same wave of attackers.

The cinematic design of the movie is not credible. Was the equipment, training and discipline of the ‘36th Sikhs’ superior to the Pashtuns? Were the marauders brainless, or simply under poor command? The film is not a rendition of military analysis. Rather, it seems more intent on the creation of a nationalist narrative of patriotism, very popular today in Hindi cinema today.

This would be profoundly ironic, because the battle is ultimately a story of the British Empire at its most dangerously colonial and exploitative best in the nineteenth century. (In the same year, 1897, Sir Winston Churchill, then a young Lieutenant with the Bengal Lancers, was on one of the punitive measures against the Pashtuns.) Indian troops were a vital instrument of British military policy in India and abroad, and ‘Kesari’ does refer to this relationship, but in rather poor taste, via the Akshay Kumar character’s personal antagonism with his erstwhile British commanding Officer, Lieutenant Lawrence.

Lawrence, in his acerbic and insulting way, had once called our hero a “fucker”. Later, in the heat of battle at Saragarhi, Havildar Ishar Singh, before his last stand, sends out a heliographic communication message to his erstwhile commander saying: “So long, fucker!”. Is this supposed to be a joke in the movie? It could not possibly be history, because the phrase is Americanism.

More seriously, the Akshay Kumar character is the only one of the Sikh soldiers who very conspicuously dons a Kesari (saffron) turban before the battle. The other soldiers are all in military khaki turbans. Is this part of the historiography of the event? Or is it just the introduction of a dose of contemporary militant nationalism into the film, via a movie star known for having made an unending row of nationalist films?

The entertainment value of the film rests a lot on the lavish mounting, and the stark locations selected. The action, though we know it to be documented history, is not a convincing cinematic explanation of such a miraculous battle stand. The absence of women – except in the memory of the soldiers, and in one meeting that Ishar Singh has with the woman he saved – also tends to make the movie somewhat ascetic. But if historical nationalism is your thing, this movie is for you.