A disappointing movie that is visually beautiful, but internally compromised 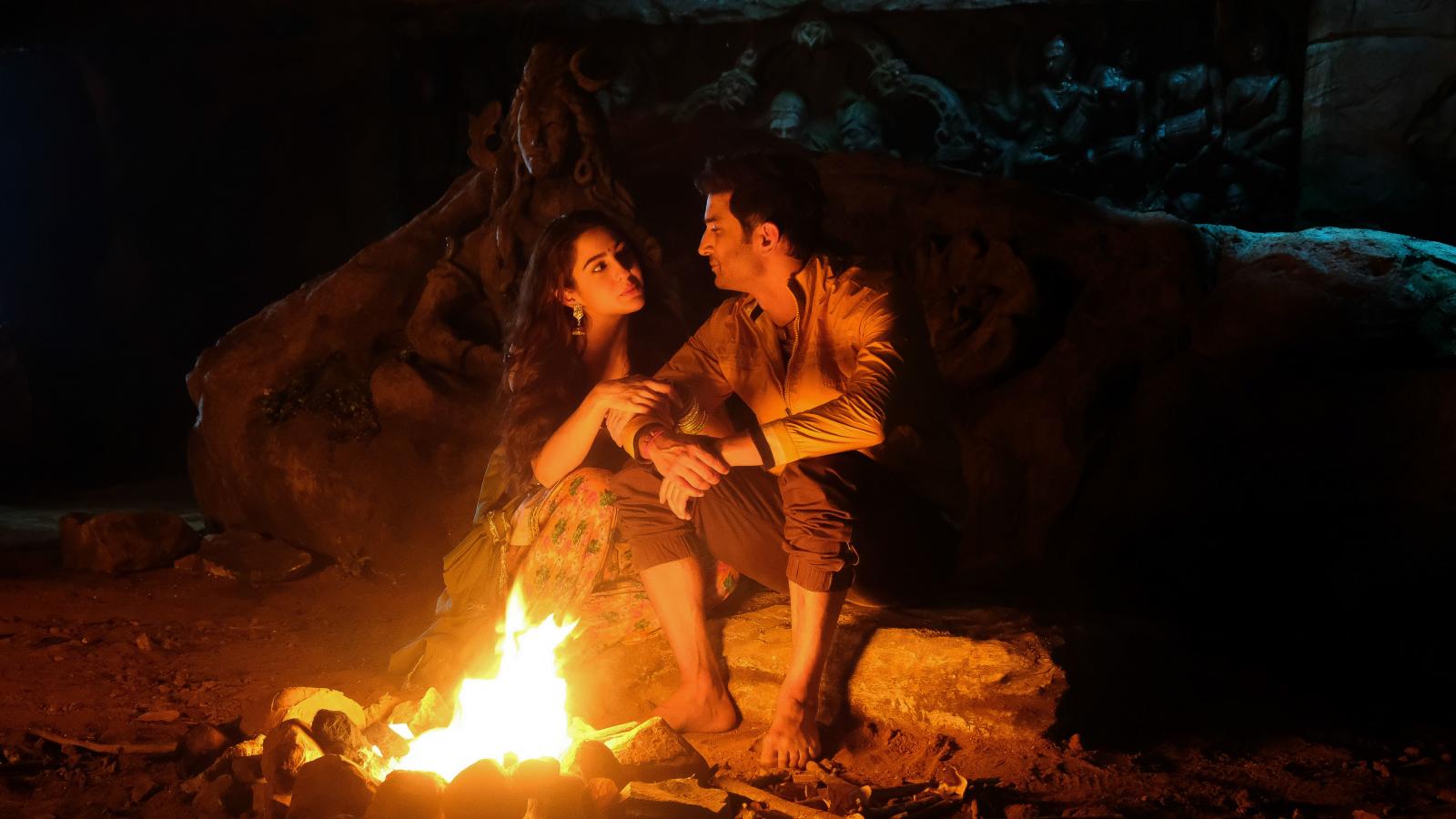 Romantic love and the beauty of nature are traditionally fused to create metaphors in the writing of poetry. In ‘Kedarnath’, the film maker adds anger to love, and combines it with the fury of nature. The result, unfortunately, is prose.

The movie is successful in setting the ambience of a small temple town at the last frontier of the Himalayas. The high and low angle takes of the mountains nestling the little town of Kedarnath, clasped tightly in the palm of Lord Shiva’s hand, are delicately shot. So are the scenes of the pilgrims climbing up the steep slopes, the spiritual fervour within them subduing the weariness of their bones. The language they speak is flavoured with the sanskrit of prayers, and the lyrics of the music are set to hymns for the Lord that protects them.

The leading character in the film is a Muslim who serves the faithful of another faith, and does so with the same ardour as he would his own. Mansoor Khan (Sushant Singh Rajput) is a ‘pitthu’, a porter, who carries elderly and sick worshippers, either in a basket on his back or, where it is possible, on his mule, ‘Rustom’. The leading lady is Mandakini Mishra, aka ‘Mukku’ (Sara Ali Khan), the daughter of a wealthy pandit who owns a lot of real estate in Kedarnath.

Conversation between the couple begins indirectly, in the third person, by way of using the mule, ‘Rustom’, as a reference point, as in – ‘Who? Rustom? No, he does not do ‘namaaz’ or ‘aarti’, and, no, he does not have a cell number’. Soon, they get to know each other well, affection develops, and then misunderstandings. He thinks she is using him, a poor mountain porter, in order to refuse a proposal from a nasty suitor arranged by her father. The venomous fellow (Nishant Dahiya) was originally set to marry Mukku’s older sister (Pooja Gor), but switched his attention to the younger sibling, and is now pestering her with unwanted proposals.

This familial and religious opposition is then set off against the turbulence of nature. When Mukku’s father (Nitish Bharadwaj) finds out about his daughter’s relationship, he drags her to the river and immerses her in the Mandakini, pushing her head down underwater repeatedly to absolve her of her sins. It is an extraordinary scene, an act of ritual purification that Mukku appears to submit to in order to appease her father’s idea of preserving the notional structure of his faith.

Submerged in the icy cold water, then emerging to gasp for air, then shivering in the aftermath of her ordeal, actress Sara Ali Khan, who looks exactly as her mother did at the same age, does a competent job in the film. Unfortunately, both she and Rajput are let down by exploitation cinema. Instead of dealing with the conflict of an inter-faith romance, either with nuance or with drama, the 2013 flash flood that devastated Kedernath and many other pilgrim sites, is brought in as the Deus Ex Machina.

In the use of the flood as a metaphor for the wrath of God, the film, ironically, goes into Biblical territory. CGI takes over the movie, and the natural disaster of the Himalayas functions as the resolver of social and religious conflict. This is nothing but a cop out. We end up with a disappointing movie that is visually beautiful, but internally compromised.