The movie is a portrait of rural India that not many of us would want to see. But it is an important film that brings you face to face with unpalatable truth 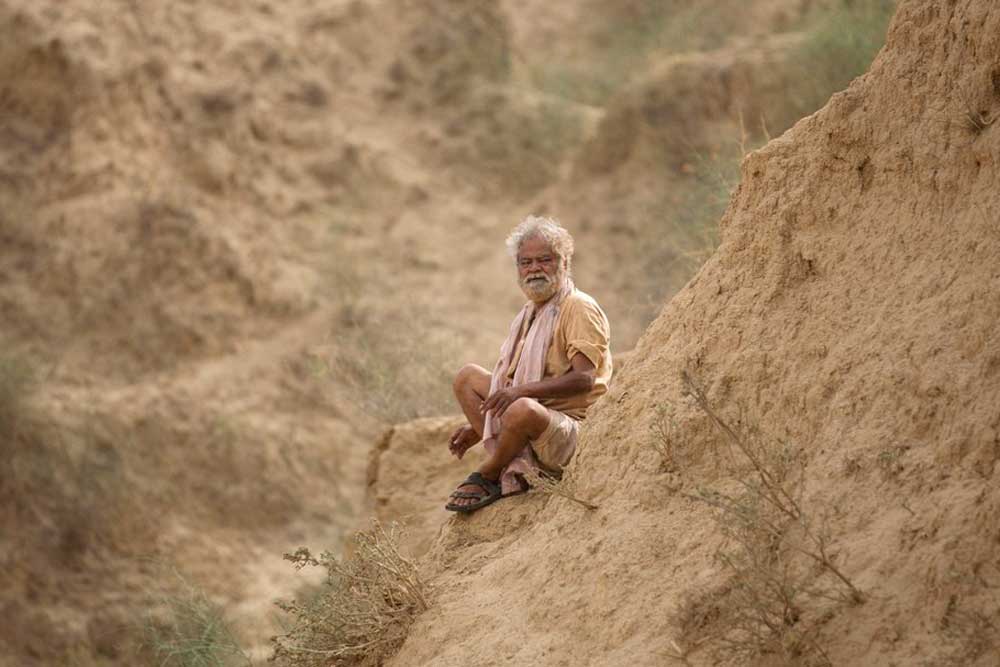 At a time when rural India has been wiped out from the Hindi film map of India, it is good to see a movie that reminds you that we live in a country of poor villages. ‘Kadvi Hawa’ shows a land increasingly blighted by quixotic weather patterns, and in which the anxiety of the farming community revolves around the grim question of who could be the next to kill himself. Water, debt and food are the primary concerns in the village of Mahua, and the film is about an elderly, visually challenged man, who is paranoid about the possibility of his son committing suicide.

Interestingly ‘Yamdoot’, the harbinger of death, is represented by a loan collection agent from a bank, instead of the usual village money lender. This tells you that it is the financial institutions of the nation that are the scavengers of calamity. (‘Everyone Loves a Good Drought’, as P. Sainath titled his study of the subject.) The name of the bank agent is Gunu (Ranvir Shorey), and the aftermath of his visits to this village in the ravines of Bundelkhand, inevitably lead to a clutch of self inflicted deaths.

We are down to the basics of human existence in Mahua village. Blind Hedu (Sanjay Mishra) lives with his son’s family in a small home, and his only personal attachment is to a buffalo, who he talks to, and treats like a pet. Everyone in the family is wearied by the inescapable dryness of the climate and no one has any energy left to argue or to talk. There are few family discussions on their troubles, because the business of survival is just so tiring. Hedu eats almost nothing, and his time seems to be taken up by trudging around the arid landscape, working out ways of how to save his son from the curse of his bank loans.

‘Kadvi Hawa’ is a minimalist film in its reduction of the material cost of living to a loincloth, a walking stick, a few ‘rotis’ and a bottle of water. Even Gunu, the loan agent, has little in his home, and is plagued, not by drought, but by the fear of floods that often strike his cyclone prone ancestral village in Odisha. This is a story of the connection between the nature of the earth and the nature of poverty, exacerbated by extreme weather conditions.

At times the film does strike a strident note, but the integrity with which the characters are presented in their desperate environment is poignant, and saves the work from didacticism. In his role, Sanjay Mishra strips himself down, in the Stanislavski manner, to the physical and psychological experience of the reality his character is faced with. Hedu is a poor, old and blind man, trapped in a financial cul-de-sac, and scratching away at the dirt, trying to think of a way, moral or otherwise, to get his beloved son, Mukund (Bhupesh Singh), out of the clutches of the bogeyman.

In other words, ‘Kadvi Hawa’ is a portrait of rural India that not many of us would want to see. But it is an important film that brings you face to face with unpalatable truth.