Do not miss this movie 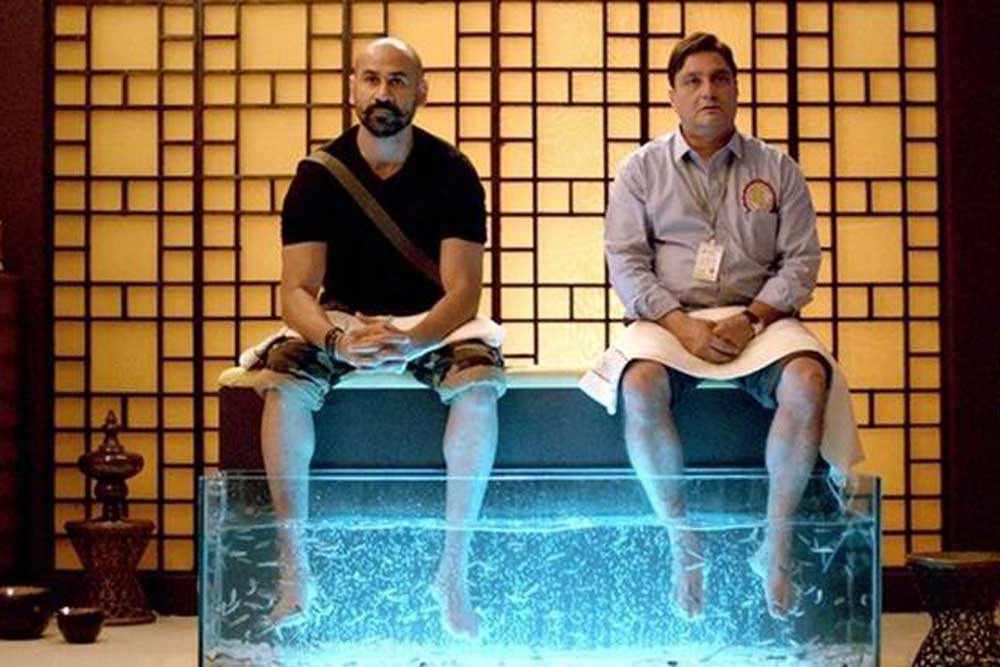 As a narrative of alienation, Ruchika Oberoi’s ‘Island City’ is quite different from previous fine takes on Mumbai like Muzzafar Ali’s ‘Gaman’ (1978), or the more recent ‘CityLights’, by Hansal Mehta. This film is not one of despair and suffering, nor is it a documentation of the loneliness of the migrant. The city has already evolved here to a mechanical, post modern existence, and the question Oberoi asks of all the three connected stories she tells us, is our absence of choices.

An important concern of Jean-Paul Sartre, which he  wanted to demonstrate in ‘Being and Nothingness’, was that despite living in an industrialized world, the concept of ‘free will’ exists and that we have the freedom to exercise our choices, even if we are ‘condemned to be free’, as he put it. But the three protagonists in these stories, one man and two women, are provided with no choices at all. They are prisoners of a city that gives you a static, unchangeable life, and allows you to merely glance at the illusion of choice.

The first story is a graphic demonstration of a working life without air to breathe in. Mr. Chaturvedi (Vinay Pathak) is an employee of an Office in Mumbai that deals with something called systems statistics. It has a robotized ambience and the workers have their decisions already made for them by a ‘Committee’. The employees are orderly and enter the office like the automated beings in Fritz Lang’s ‘Metropolis’. One day, Chaturvedi is selected as the employee of the month and is given a ‘fun day’ where he is given coupons and obliged to have fun in a mall, with many gifts provided. At the end of his ‘fun day’ he is handed a gun, with an instruction, and being the automated person he is, he follows it to the tee. The concept of free will has been simply deleted from the software of Mr. Chaturvedi’s mind.

The second story is about a housewife whose tyrannical husband is now in a coma. For the first time Sarita (Amruta Subhash) and her mother and children are free from the control of this oppressive man. They are blissfully happy. They watch lots of television and go to the beach. The TV serial they love is a very melodramatic one,  ironically celebrating patriarchy, precisely a lifestyle they have escaped from when the man of the house went into a coma. Unfortunately, in a parallel from the TV drama, the husband recovers and the freedom that Sarita and her family briefly discovered, vanishes.

The last story is the most poignant, and connects with the other two rather painfully.  Aarti (Tannishtha Chatterjee) lives in lower income housing, and the drudgery of her working class life has a brief moment of joy when she receives love letters in her mailbox from an anonymous suitor. It is the saddest story of all, with an injection of cruel predetermination from the director, as if to say that a girl with her looks and social situation in a city like Mumbai, has no choices at all.

Oddly enough, despite the tone of these stories, ‘Island City’ is not a depressing film at all. It has a reflective stillness to the projection of  alienation in a city, a place where conformity has become the norm. It contradicts the popular notion that Mumbai, unlike more socially stratified Indian cities, provides freedom. It has separate visual designs for each of the three Mumbais in the stories – a corporate high-rise metropolis, a Maharashtrian middle class city, and the grubby Mumbai of  poor denizens.