Unfortunately, Half Girlfriend is also a film that inserts a social agenda into the narrative every now and then 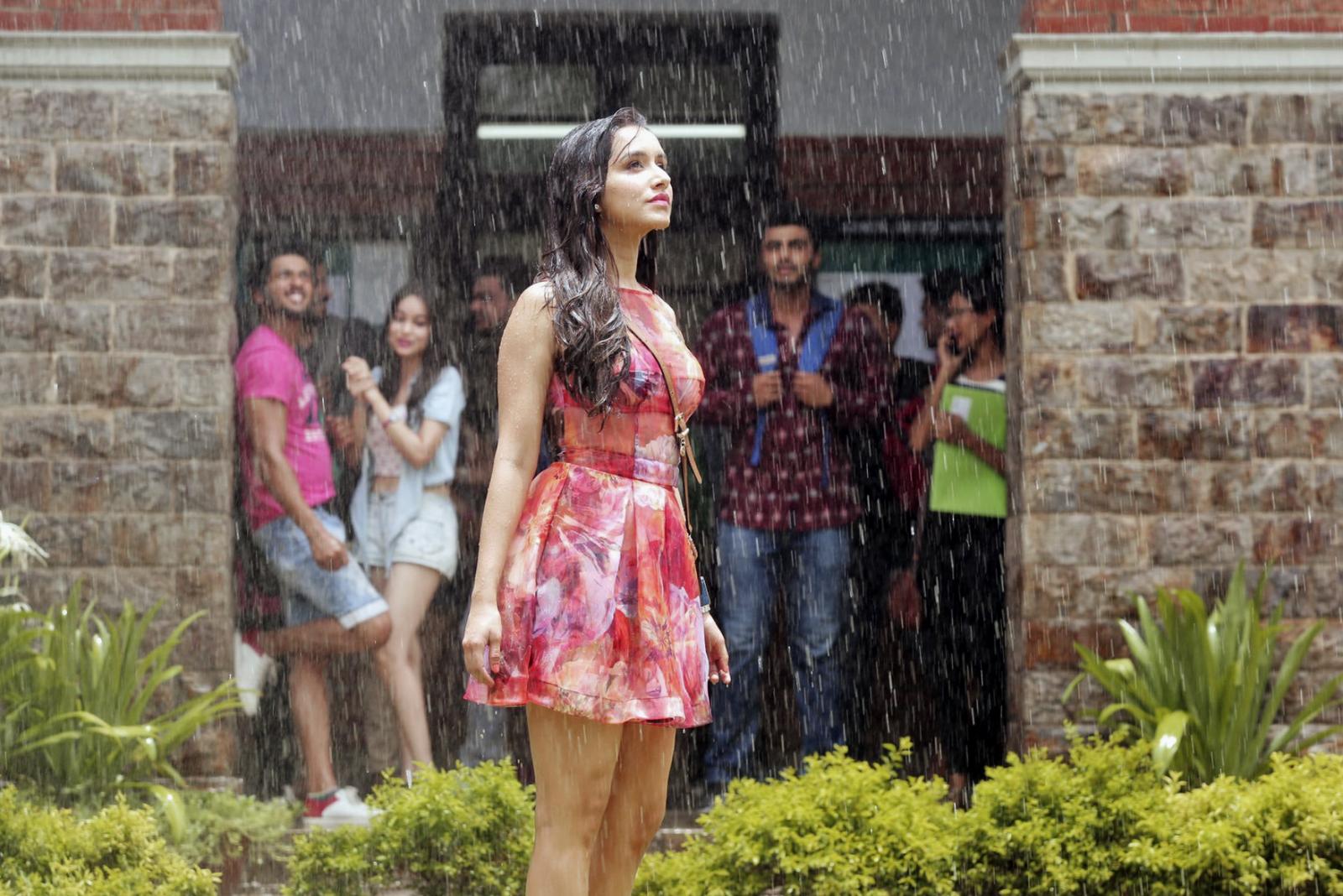 While the heavy set 31 year old, Arjun Kapoor, is badly cast as a Bihari college kid studying at an elite institution in Delhi, the film has an emotional quotient that keeps it going past the blunder. This actor has aged and expanded rapidly since his debut and is not credible as an under-graduate who has got admission at a College, albeit in the sports quota.

He is an ace basketball player called Madhav Jha in this film. Despite this inaccurate casting, Madhav’s complicated relationship with a fellow student at the College, which quickly overshadows his academic and sports career, has a certain passion to it. Riya Somani (Shraddha Kapoor) is the only child of wealthy parents in Delhi and sets the rules. Her friendship with him will only go as far as she wishes, and she will not admit to being his girlfriend, but just his half girlfriend. This is a status which writer Chetan Bhagat depicts as common to thousands of college romances in middle class India, where girl likes boy, but where the relationship may not be officially accepted or sanctioned by her family. The girl then necessarily keeps her commitment to the boy in abeyance, and under her strict supervision.

The audience for this film have read this writer’s interpretation of the reality of girl-meets-boy stories in such social circumstances. They connect with it, and there is huge applause for lines spoken by the characters, which they clearly recognize and identify with in the movie. Consequently, this adaptation is very different from idyllic Hindi film romances written by professional film writers. Scorn Bhagat as you will for his literary style and content, Half Girlfriend has an idea within it that can, and has been adapted successfully to cinema.

Madhav believes that Riya puts brakes on her commitment to him because of the huge difference in their backgrounds. He is a Bihari boy who speaks a very regional version of the English language, and has developed a complex about what he perceives as his linguistic limitation. From Riya’s perspective, this is not entirely an accurate reading of their relationship status, and the reason why she believes that she places Madhav on hold is because of the commitment phobia triggered within her by certain traumatic personal circumstances.

This duality of vision in a friendship between a boy and a girl from two different worlds, turns Half Girlfriend into a romantic film with more than one layer to it. Madhav and Riya’s gradual acceptance of the polarity in difference between their respective cultural backgrounds, as also a difficulty in accepting their individual quirks, is touching. Also touching is an affection and respect for each other that develops while experiencing these misunderstandings.

Unfortunately, Half Girlfriend is also a film that inserts a social agenda into the narrative every now and then. This is awkward and feels forced, especially when an international celebrity and a creator of a huge brand, Bill Gates, turns up to give a fillip to female education in the State of Bihar. This is the silliest scene in the film, and takes something away from a passionate movie that is, in other ways, eminently watchable.