In some ways, ‘Gold’ seems to be part of the general information virus called ‘fake news’ 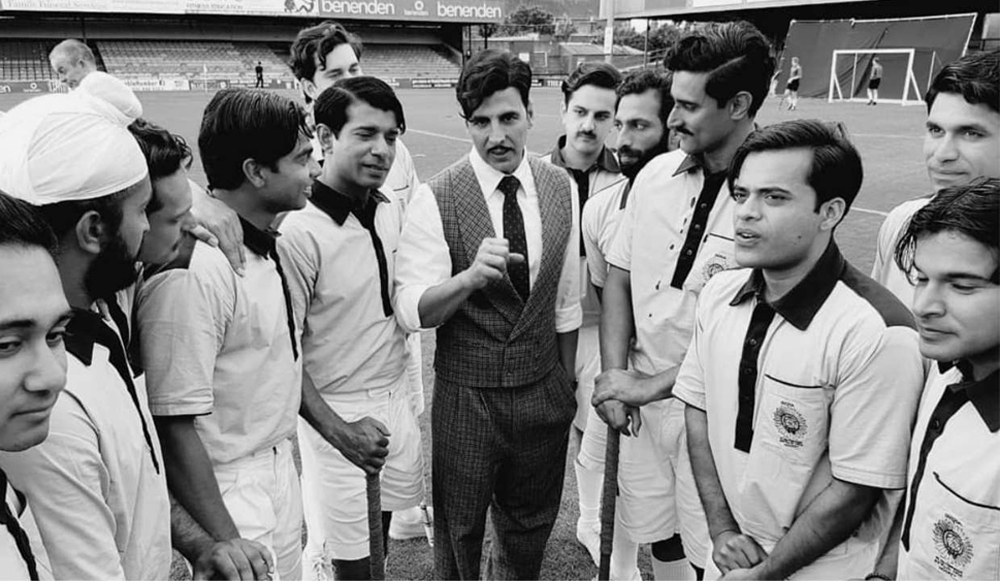 More fiction than fact, this sports movie has the nerve to fake the score of the field hockey final against Great Britain that won a gold medal for India in the 1948 London Olympics. The actual margin of victory was a facile 4-0. But that would not have made for a tense movie climax, and so India are 3-1 down before all sorts of things happen, good strategy and destiny intervene, and India wins 4-3. Then the national anthem is played on the field in 1948, the audience is obliged to stand up in a movie theatre in 2018, and go home convinced that India won by the slimmest of margins.

In some ways, ‘Gold’ seems to be part of the general information virus called ‘fake news’. The leading character in the film, responsible for selecting and managing a post-partition team to England, is called Tapan Das (Akshay Kumar). Since this action hero is too old to play hockey, he desists from casting himself as the centre-forward, and instead adopts an exaggerated Bengali persona as the Manager of the team (A.C. Chatterjee was the actual manager), complete with a hackneyed accent that lapses occasionally into Punjaban, frequent alcoholic binges and a caricatured Bengali wife (Mouni Roy), under whose screeching tutelage he is hen pecked into near oblivion.

How does an excitable Bengali given to drinking, gambling and quixotic behaviour get picked as the selector and manager of a team torn apart by the effects of partition, with muslim players deciding to leave for Pakistan and Anglo Indians for Australia? According to ‘Gold’, the choice of manager is the consequence of a shrewd and unprejudiced judgement of a Parsi gentleman called Wadia, who was then in charge of Indian hockey. In fact, the Parsi who was President of the Indian Hockey Federation (IHF) was Naval Tata, under whose stewardship India won the gold in the 1948, 1952 and 1956 Olympics.

‘Gold’ is expensively mounted, the film focuses a great deal on the period piece sets and is shot on impressive locations. But it lacks the feel of authenticity. This is for two reasons – unconvincing stick play, and average performances. The time frame in the film is the era of Indian hockey magic in the 1940s and 50s, for which wizardry crowds flocked to the stadiums in London, Helsinki and Melbourne. It was the time before the advent of ‘AstroTurf’, when Indian players used their supple wrists to trap, dribble and pass their way through opposition defenders on grassy fields, in a manner that completely enchanted lovers of the game.

But what do we see in this movie? Just well rehearsed finishes with end goals. We see very little of the short passes that the team was known for. By contrast, the women’s games in Shimit Amin’s ‘Chake De! India’ are far better choreographed. In addition to the excellent shot break-downs of play, the actors in that film were extensively trained in the basics of hockey and so their wrist movements look convincing. Here, the field play looks haphazard. Furthermore, as a group, the women were also much better actors and so their bonding, their disagreements and their personality quirks, came through more convincingly than the awkwardly staged camaraderie in this film.

With its lavish sets and well chosen locations, ‘Gold’ is a movie that flatters to deceive. It projects a central character out of proportion to his actual role. This is just in order to make space for a movie star with impeccable credentials in the ‘patriotism’ department. Moreover, the film has a patchy narrative, that you drift in and out of. Had the hockey been more engaging, and the historical data better authenticated, ‘Gold’ could have been an absorbing film.