It is a decent history movie, without being effective drama 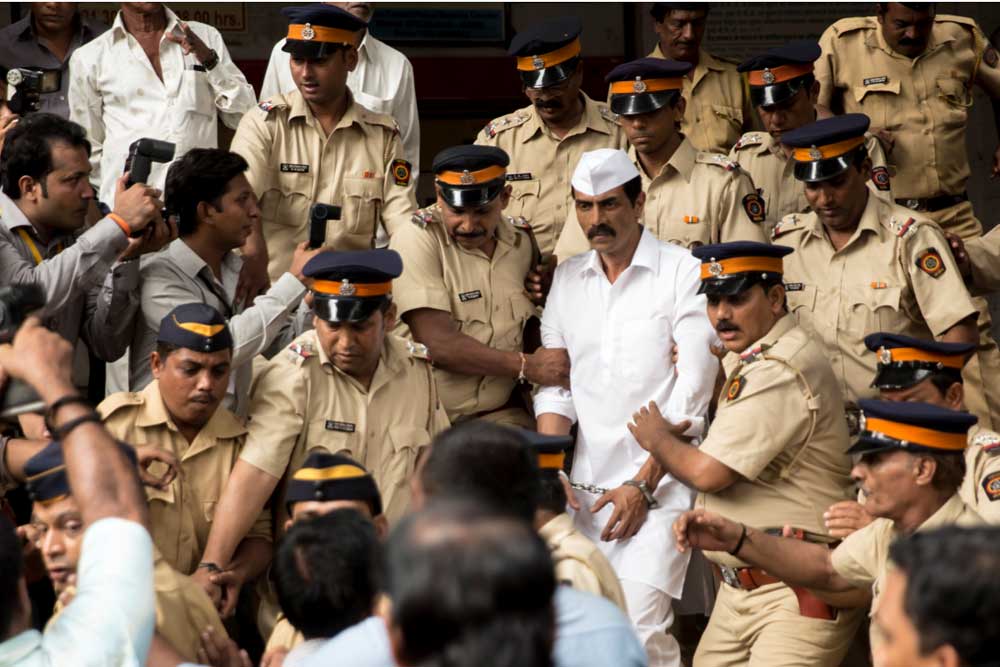 Organised crime has its roots in social and economic devastation, and this was true of Mumbai in the decade from the late 1970s to the 1980s, when the textile industry was subject to a series of strikes, before the mills finally shut down. Massive unemployment of young men in the city followed. These people had families to support and were untrained in any other skills. Many took to crime, and soon gangs were formed that controlled specific areas of the city. One was in Dagdi Chawl in the Byculla area of Central Mumbai, and this was the gang that Arun Gawli joined.

Since he was a full time mill worker before he was laid off, Gawli had grass root connections to his community, and in this sense he was always a little different from the other gang leaders. Not less ruthless than them, but more socially conscious of the economic deprivation that follows prolonged unemployment. Daddy tracks the life and times of this gangster from his apprenticeship with Rama Naik to his emergence as a politician who used his clout to help the poor of his constituency get basic amenities like clean drinking water.

Most of the film is a poverty and violence tour through Mumbai, shot in low light, with the kind of grungy look that was made familiar to us in Ashim Ahluwalia’s previous feature film, the excellent Miss Lovely (2012). That movie had an overall design and narrative arc that worked very well and moved you into an emotional zone that impacted sharply. This film has individual scenes and sequences that look authentic and absorb you into a depressing world in the 1980s that is now gone, or at least whitewashed into a bright consumerist universe. But, unlike the earlier film, Daddy traverses its way into etching a biopic of Gawli and his surroundings, without connecting to the inner world of the protagonist, or, for that matter, any of his bosses or underlings. It is a decent history movie, without being effective drama.

One of the reasons for this, to be honest, is the inability of the lead actor, Arjun Rampal, to impose a persona on the Arun Gawli character. First of all, because of the low lighting, you can hardly see his facial expressions, and, on the occasions that you do, they display a vacuousness that is inconsistent with an individual that we know to have commanded so much loyalty from his gang and, later, from his constituency. In fact, often, like when Rama Naik (Rajesh Shringarpure) is killed in a Police encounter, Rampal communicates fear, and the instinct for self preservation, rather than intensity and bravado.

This was also the era that made heroes out of Police ‘encounter specialists’, even though what they did should be called cold blooded murder. Inspector Vijaykar Nitin (Nishikant Kamat), the man who hounds Gawli till he gets him convicted, does seem to understand that State and Gang violence are two sides of the same coin. But he is not caught in any moral dilemma about it, and suggests that the end, getting rid of gang violence in the city, justifies the means.

Compared to a few glitzy Hindi films about gangsters, which show them often living the good life, Daddy is always gritty and real, and depicts Mumbai hoodlums as sewer rats that control specific nooks and corners of the city. This aspect of the film holds you.