Cellulose Cinema as a Lost Cause 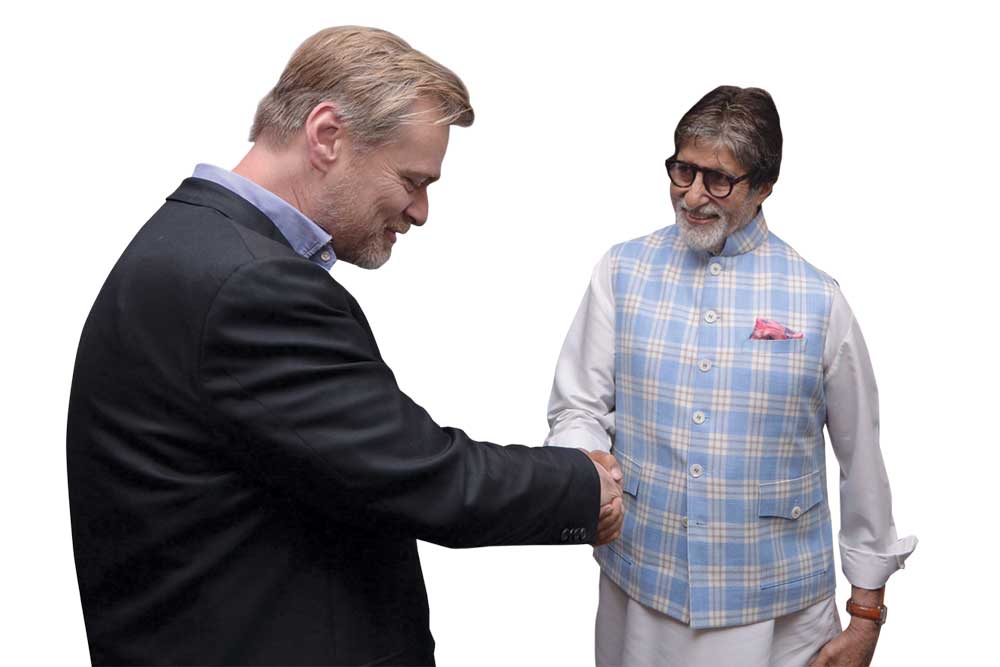 Hollywood’s master filmmaker Christopher Nolan was in Mumbai last weekend to espouse the cause of celluloid film. The Inception and Dunkirk director met with film industry bigwigs, fans and mediafolk to make a plea for saving the medium of photochemical film from the onslaught of the digital format. Nolan, who insists on shooting only on analogue film, revealed that along with other heavyweights like Quentin Tarantino, Paul Thomas Anderson, JJ Abrams, and Zack Snyder, he’s been fighting against the shutting down of film labs and processing facilities globally.

At a sit-down event, Amitabh Bachchan argued that he enjoys the liberty that shooting on digital allows him. The actor reportedly explained that while shooting Pink, the filmmakers set up six cameras that kept rolling continuously for long takes without a ‘cut’. Shooting on celluloid would never allow for that kind of ‘indulgence’. Shah Rukh Khan turned up for the session an hour late, and Aamir Khan, who was also invited, didn’t show up.

The fight is a noble one, but in India, where making films is still expensive and there are bigger challenges to be overcome, it will likely be hard for the cause to gather momentum. Plus, it will require the single-minded commitment of a filmmaker who wields as much clout and influence locally as Nolan does in Hollywood for others to latch themselves on to the cause. It might be worth noting that Aditya Chopra, easily the most influential producer in Bollywood, happily offered to host Nolan’s ‘meet-the-industry’ event at his studio, but didn’t turn up for it himself.

The massive box-office reception of Baaghi 2 (an opening weekend of about Rs 70 crore) has anointed Tiger Shroff a bona fide star, one who appears to have figured out his core strengths. The dancing- fighting hero will next go into Student of the Year 2, and insiders say producer Karan Johar and director Puneet Malhotra are tweaking the script to add more action scenes for Tiger.

He’ll also star alongside his idol Hrithik Roshan in Bang Bang! director Siddharth Anand’s next, a guru shishya- centred thriller about hired assassins. The project, to be produced by Yash Raj Films, has suddenly become ‘hotter’ in the trade following Tiger’s box-office success. Some might say he’s in a better place than Hrithik currently, who’s counting on Super 30, his film with Queen director Vikas Bahl about the life and times of mathematician Anand Kumar, to put him back in the reckoning.

This leading male star doesn’t believe in doing things in halves. Admittedly, his breakup with his partner of several years—initiated by the latter—was hard on him, but he dealt with it respectably. Not long after, when she decided she wanted back in, he had moved on. Not romantically, perhaps, but that chapter of his life was closed as far as he was concerned. But for the sake of family ties, he didn’t resist her request to spend some time together.

Looking at photographs of them going to the movies or out for meals together, many have been wondering if the couple has resolved their issues and gone back to their old relationship. But close friends of the star insist nothing could be farther from the truth. They insist he cares too much for the extended families involved to clarify the situation, but while overtures may have been made by her, he’s clear that there is nothing left in the relationship.

On a recent overseas holiday with family and other friends, a ‘rooming list’ was circulated along with the itinerary that had separate rooms for him and his former partner. To forestall any misunderstandings or assumptions, he wanted everyone to know this.