In short, ‘Bharat’ is no masterpiece, but it is that rare thing, a film that bonds a family with a nation, and does it with affection 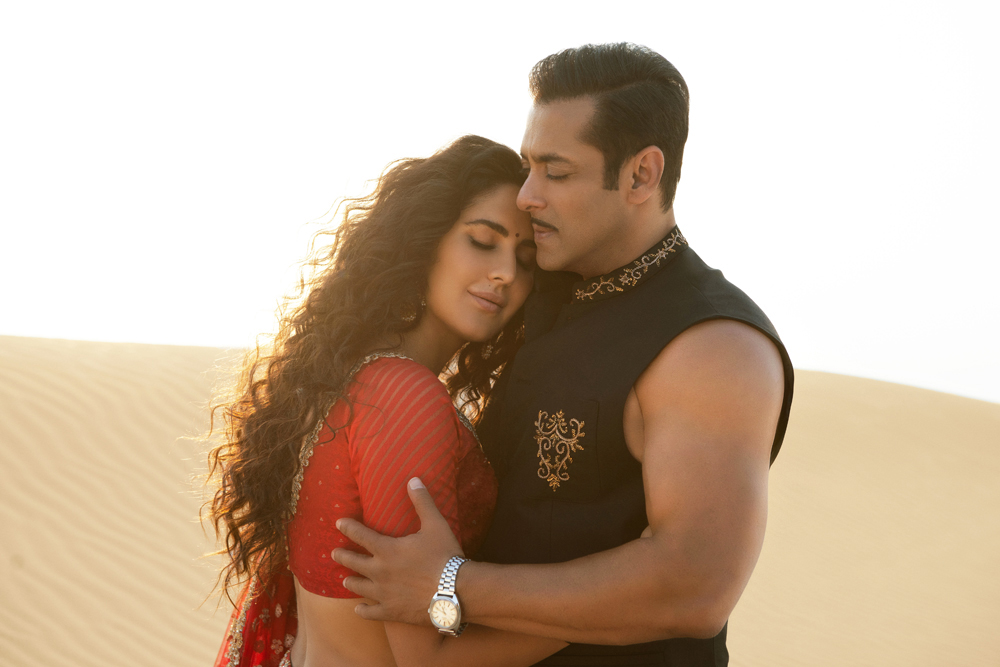 Subtract the jingoism, and any Hindi film with a partition background is interesting. The tearing apart of a nation leaves permanent emotional scars on individual human beings, and the healing of those wounds takes a lifetime. ‘Bharat’, adapted from a Korean film called ‘Ode to my Father’ (about that nation’s painful and forced military and political severance in 1950) is designed with an element of inclusive historicity that speaks about the building of a nation from the nadir of a traumatic division.

Bharat (Salman Khan) has never forgotten the last few images of his father, who put him and his family on board a train to India, urgently conveying to him that he was now in charge of their well being in a new country. Bharat was a little boy then.

The film becomes a story of the cards destiny deals to the wounded children of an independent nation. It bears some similarity to the story of Milkha Singh in ‘Bhaag Milkha Bhaag’. Individual scenes, like the boy Milkha’s arrival in a refugee camp in Delhi and his rough and tumble childhood is paralleled uncannily in the early life of Bharat. Occasionally, popular cinema does accurately document the commonality in grief caused by random social and cultural experiences that affect an entire generation.

There were great expectations in that free nation then, but no work available to deliver them. Unemployment was rampant. It was the biggest challenge for a new country. The movie zooms in accurately to the root cause of anger and frustration among young people everywhere, people like Bharat.

He is compelled to take up work in a circus, ‘The Great Russian Circus’. Ironically, this is the kind of work that Raj Kapoor’s ‘Mera Naam Joker’ (1970) romanticises and idealises, a kind of bohemian way of life, with general uncertainties but with occasional highs. In reality, the trapeze artists and stuntmen of the circus took considerable risks with their own lives, and Bharat, employed as a daredevil motorcyclist, understands this quickly. Accompanied by his lifelong childhood friend from the refugee camp in Delhi, Vilayti Khan (Sunil Grover), he leaves the circus job and stands in the never ending queue at the ‘Employment Exchange’. This was something people did in those days to pretend that they were earnest about looking for non existent work.

Then the oil boom happened in the Middle East, lucrative jobs were available overseas, money was sent home to India, and the economy started hobbling along. ‘Bharat’ creates narrative by weaving in history with the personal story of an ordinary citizen. This ought to have created a high emotional quotient, and kept us engrossed all through. But it doesn’t.

The reason is largely because the actors are on screen playing older people for a considerable period of time, and none of them age well. The make-up and body language of Salman Khan and Katrina Kaif, who plays the leading lady, is pretty bad.

The characters in the film are looking back, in a circular perspective, searching for meaning in the span of life gifted to them, and the narrative, accordingly, views their lives through this prism of age. Intensive and professional workshops for the actors to walk, talk and behave like elderly people would have had to be conducted. The film had to be totally convincing here. Unfortunately, it isn’t.

Still, the syncretic view of the evolution of the Indian identity comes as a relief, particularly after the slew of patriotic and nationalist movies that have come before it. The narrative in ‘Bharat’ demonstrates how a diverse nation struggled, went jobless, grabbed opportunities as they came along, developed dramatically, and then, miraculously, could turn around to look back at the traumatic partition that gave birth to it – without rancour or bitterness.

The tearful reunions of families divided by partition are, undoubtedly, the most affecting in this film. in short, ‘Bharat’ is no masterpiece, but it is that rare thing, a film that bonds a family with a nation, and does it with affection. Any element of divisiveness is excluded. And that, in itself, is a good enough reason to watch it.