The movie is a tactical and cinematic blunder 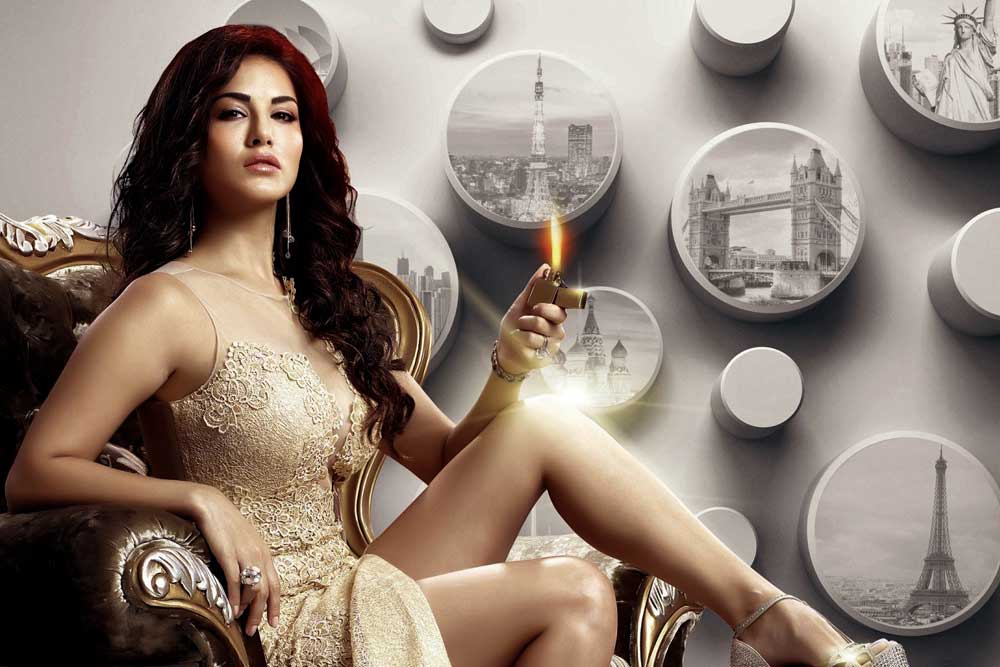 For Sunny Leone, it looks like it is the end of the line in an extraordinary Indian sojourn. She started faltering in a couple of films before this, but Beiimaan Love is just a silly home movie, with a few bedroom scenes thrown in. About a career woman called Sunaina Verma (Leone) who starts off working with a jewelry design business, steals clients and sets up shop herself, the film has a tag line about independent women and about how they should be respected.

But the sub-text of the movie is appallingly sexist. Raj (Rajneish Duggall), the son of the jewelry business owner Sunaina works with, gropes her in a bar, she slaps him, and he vows to take revenge. His plan is to get her to fall in love with him and then dump her, so that she is rejected in love, and is out of a job as well. He has a bet with his ‘jijaji’ that he can get her into bed in ten days flat.

The rest of the plot is even more sordid, and executed with such extreme incompetence and poor casting that calling Beiimaan Love a ‘B’ grade film, would be over rating it. It is not just the makers who blunder in the film, but Leone and her business partner and real life husband, Daniel Weber. He commits the cardinal sin of getting himself cast as an important character called Daniel Peterson, a man who comes to India to do business, starts off as Sunaina’s client, but soon becomes her manager and lover.

The Sunny Leone brand is the tantalizingly exotic single woman idea – a person of Indian origin who comes back to her roots and reinvents herself, finding an unoccupied slot in Hindi cinema as the ultimate, Indian-American fantasy woman, sans all inhibition. However, in this and a previous film, ‘One Night Stand’, she is now transformed into the recognizable Indian woman of Hindi melodrama – sari clad, sindoor adorned, awash with post coital guilt, and carrying with her an unending baggage list of respectable Indian values. And then, to top it all, she commits that unforgivable sin – bringing her husband into the picture, and pricking the bubble.

So, unless there is another dramatic re-invention, the apparition of ‘Sunny Leone’ as a fantasy woman, is in precipitous decline. ‘Beiimaan Love’ is both a tactical and cinematic blunder.