In spite of some well executed sequences, this thriller fails to rise above received ideas on Islam 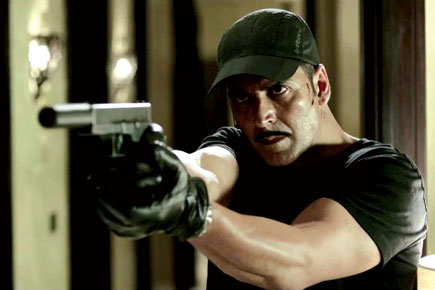 Baby is a team, not a babe. It is the name of India’s ‘Black Ops’ crew, put together by the Government to take out a few nasty terrorists and one venom-spewing mullah from a neighbouring country.

India, Nepal and Saudi Arabia make up the theatre of action, and, yes, as it happens, there is a ‘babe’ in the Baby squad—agent Priya Suryavanshi (Taapsee Pannu), a lady who packs a punch with a deft combination of judo, karate and kickboxing.

She and Ajay Singh Rajput (Akshay Kumar) pretend to be husband and wife on their trip to Kathmandu, and they look like a really nice couple on their honeymoon until she lays low a terrorist financier in their hotel room just before her ‘husband’ turns up. It must have been the 7-hour itch!

The good Muslims in the movie, including the Chief of the Operation, Feroz Ali Khan (Danny Denzongpa) are clearly in token denomination. The film is a thriller and has no particular political leaning, but Islamophobia seems to be its marketing tool.

We frequently cut to the mullah, Maulana Mohammad Saeed Rahman (Rasheed Naz) deriding the infidel nation of India—on one occasion rousing the passion of a huge crowd of fanatic looking jihadists. Once the enemy is identified, the Baby team has carte blanche to show us all manner of torture used on captured agents or duplicitous double agents. At one point during an interrogation, the Akshay Kumar character knocks out the tooth of a suspect, despite the man having already told him everything he knows. The man asks why and Akshay says that it is just force of habit. This got the biggest laugh in the movie.

Nationalism, even jingoism, is one thing, but stereotyping people is another. Still, the last hour of the film, with its escape from Saudi Arabia, is well executed (any resemblance to the escape from Iran in Argo being purely coincidental).