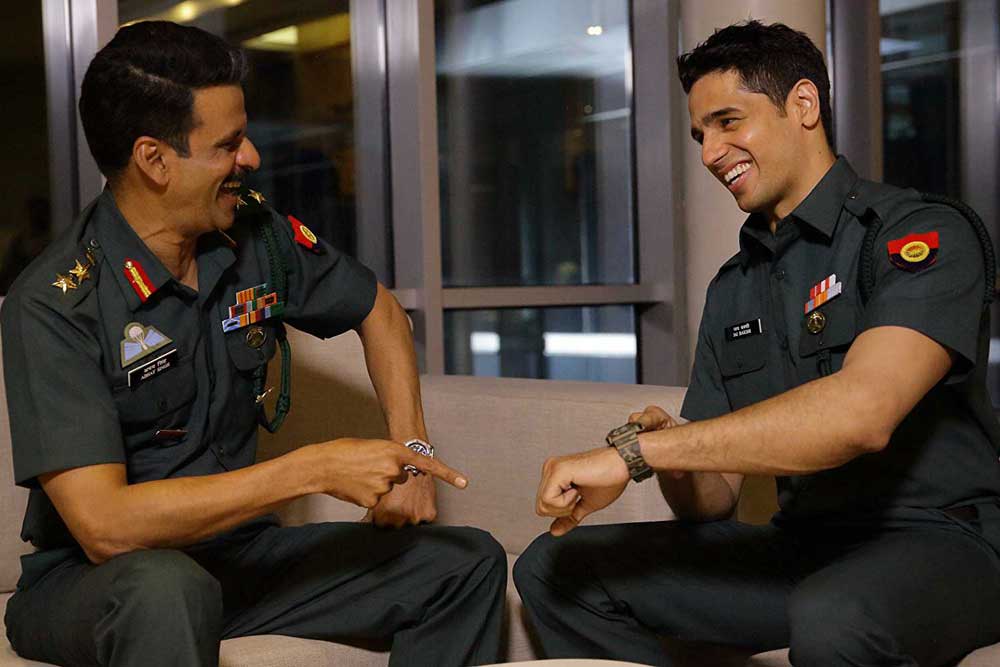 This film is about the Indian ‘deep state’, a conspiracy within our military-industrial complex that secretly bypasses the policies of our democratically elected parliament and state legislatures. So, according to this movie, the ‘Adarsh Housing Society’ scam of Colaba, Mumbai, that came to light in 2010, is a highly visible symptom of this connective loop, and so is the financing of covert operations abroad by the military. The two are linked. How so? This is the hypothesis on which ‘Aiyaary’ gives us a long winded exposition, a sort of guided tour on how our ‘deep state’ functions.

While there may well be truth to these ideas, writer and director Neeraj Pandey goes about detailing his film so meticulously that we fail to see the wood for the trees. The first half hour or so is spent on showing us how someone even as senior as the Chief of the Army Staff (Vikram Gokhale) can be pressurised by a retired army officer and present arms dealer (Kumud Mishra) to approve the purchase of military equipment at four times the actual price. The threat is that should the Chief turn down this outrageous deal, his funding for covert military operations overseas, vital for the nation’s security, will be exposed to the media.

Cut to the covert operations. It is headed by Colonel Abhay Singh (Manoj Bajpayee), a dare devil officer who apparently tosses a coin to second guess his opponents. Or so he tells his protege, Major Jai Bakshi (Sidharth Malhotra), a young officer in whom he has detected courage and patriotism, and whom he has mentored for so long that the two have actually begun to think alike. This symbiotic relationship is the most interesting human aspect of ‘Aiyaary’, and when their camaraderie suddenly falls apart after the younger man goes ‘rogue’, the Colonel is so distraught that he loses his former clarity of thinking and starts making mistakes. He cannot recognise that the differences between them indicates a generational change, in which he, the Colonel, believes implicitly in the Indian State and its values, while the younger Major has become cynical of the corruption all around him and lost faith in the ideals of the Indian Republic.

There is both human and political truth in this depiction of the transformation in our body politic in the last few decades. But the stylistic choice to go with explaining the fine print on how the incestuous deals actually work, derails the script. It is so minute that every ten or fifteen minutes the audience switches off from the narrative, and only comes back to catch the thread, either when the movie changes location, or when a new actor enters the scenario. So, in short, we watch a good looking film in which we keep drifting in and out of the story.

‘Aiyaary’ is laudable in its sincere attempt to connect the dots in the web that a nation’s system weaves, when first it practises to deceive. But the movie is not successful because it gets caught in a cinematic web of its own making; so much so that a short role in which the fine actor, Naseeruddin Shah, plays a building watchman, horse race punter and dog lover, turns into a meaningless cameo. Which is sad.