With little to recommend it, in terms of entertainment or art, the film can be given a miss. 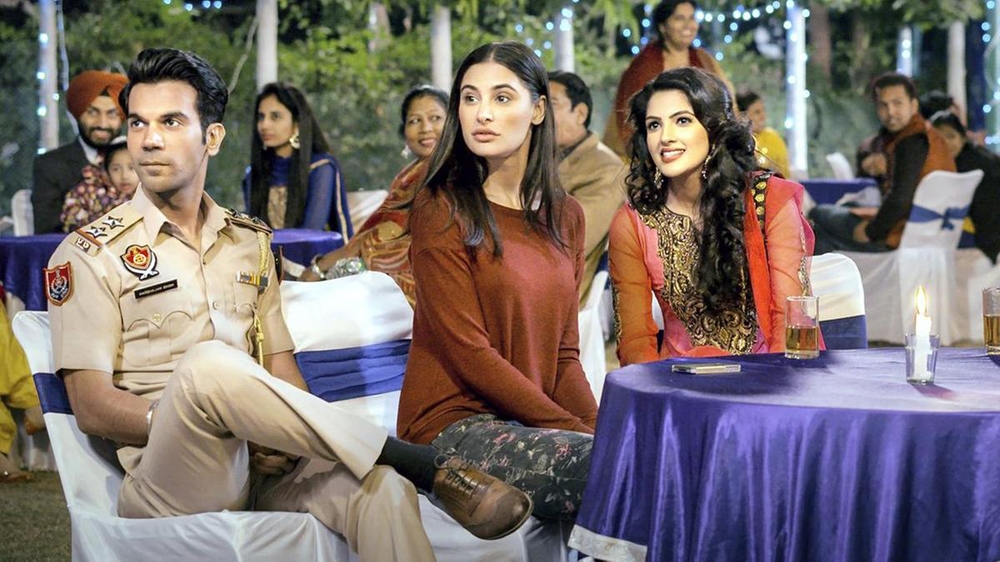 This is the first time in years that Rajkummar Rao looks like a fish out of water. In ‘5 Weddings’ he plays a Chandigarh Police Officer deputed as a protective escort to an American journalist. He is smart in a police uniform, but sleepwalks through the movie, looking like he would much rather be elsewhere – on another planet, for instance.

The movie is about how Shania Dhaliwal (Nargis Fakhri) comes reluctantly to India, attends five weddings, visits a crematorium, and then develops a soft spot for her escort. She is a reporter with mixed Punjabi and American parentage, and is in India to write on local wedding ceremonies. She is completely disengaged from her cultural heritage, has little interest in weddings of any kind, and doesn’t really want to do the story. But her editor insists, saying that her background would be of help to her and her readers in understanding the country better.

So the intentions in the movie are altruistic, but the art of the film maker in understanding the basics of the medium is missing. The American actors in the film speak a mixture of English and Hindi, which is horribly dubbed, and badly lip synched. It looks and sounds simply awful. Worse, the lines spoken in the movie are stilted and unnatural to any conversation.

This is especially true of the central sets of dialogues that purport to show an evolving romantic relationship between Officer Harbhajan Singh (Rajkummar Rao) and Shania Dhaliwal. At first, he is put off by this journalist’s stereotyped and Americanised view of Indian hygiene, social customs and infrastructural development. So he retorts in a sarcastic manner, but then goes on to repeat the same comments, in exactly the same tone, until he actually starts hamming. Escorting his ward through a shopping centre, he mutters metronomically and repeatedly, ‘made in India’, as he passes all the beautiful fabrics. When an actor of the calibre of Rao shows such disinterest in his role, it is indicative that he has lost focus on the character he is playing, and has little faith in the director to guide him back on track.

Then, in the middle of the movie, the story develops a didactic tone as Shania notices the ‘hijras’ who arrive presciently at every wedding ceremony she attends. She grows interested in the community and writes of how unfairly they are treated because of their alternative gender. Officer Harbhajan Singh’s superior is alarmed by this development and wants the Officer he has sent on escort duty to censor what the American writes. This is patently absurd to the Indian context, and looks like a forced sub-text, added on for anthropological interest.

Fortunately, the movie is just 90 minutes long. With little to recommend it, in terms of entertainment or art, the film can be given a miss.