102 Not Out Movie Review

It is about two stalwarts of Hindi cinema of the 1970s and 1980s, playing foolish roles in a badly written movie 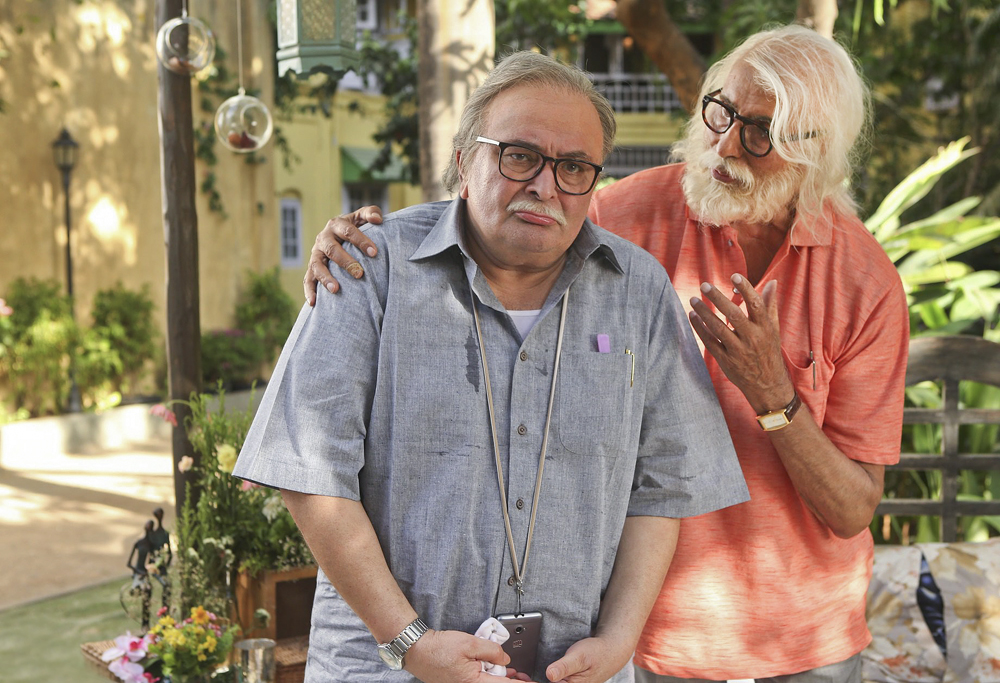 This is an infantile film that has nothing to do with old age. It is about two stalwarts of Hindi cinema of the 1970s and 1980s, playing foolish roles in a badly written movie.

Based on a Gujarati play by Saumya Joshi, ‘102 not Out’ is a melodramatic film that has no plot to speak of, and is just a series of idiotic gags that two old men, a 102 year old father and a 75 year old son, set up for each other. The father threatens to banish the son to an old age home because the younger man has become depressed and set in his ways. The premise of a son being sent to a geriatric institution by a father is supposed to contain enough hilarity to sustain you for the first half hour of the movie.

There are actually three characters and one ancestral property in the movie. Babulal (Rishi Kapoor) is the only one with a slight degree of complexity, and Rishi plays the part with a modicum of nuance. We learn that his wife died of early Alzheimers’ and that his beloved son, now in the United States, was so selfish, greedy and busy that he paid no attention to his mother’s condition and didn’t even come to see her. Now, years later, the young man calls and announces plans to come home to visit his father in Mumbai. The 102 year old grand-father, Dattatraya (Amitabh Bachchan), warns his sentimental son that the lad is coming only for his share of the property.

Mr. Bachchan sprawls all over this movie with his larger than life persona, and it is this expansive approach to his role that takes much away from the character he is supposed to play. He is garrulous to the point of being offensive, puts on a weird accent, more Mumbai ’tapori’ than Gujarati, and pays no attention to how his co-actors are emoting, speaking or responding to him. He is loud, oafish, and genuinely seems to believe that the centre of gravity in a film is the exact point where he happens to be standing.

Kapoor and Bachchan were amongst the finest popular actors of their generation, and when you see them prancing about like adolescents, playing the only significant characters in a poor situation comedy, you can only wince in embarrassment.