The Library of Everyday Sounds

Welcome to auditory history in the making: a couple of Indian initiatives devoted to recording the sounds of our lives 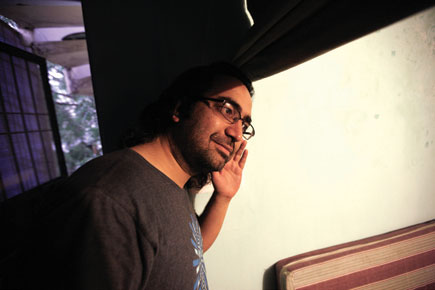 Welcome to auditory history in the making: a couple of Indian initiatives devoted to recording the sounds of our lives


It is one of the most poignant scenes in Michael Radford’s Italian movie El Postino (1994), the story of friendship between Chilean poet Pablo Neruda and an Italian postman Mario Ruoppolo. A moment comes when Neruda returns months later to the tiny island in Italy where he had been exiled and developed a friendship with the semi-literate postman. On his return, however, all he finds is Ruoppolo’s widow and her son Pablito, named thus in honour of Neruda, and a cassette player, by which Ruoppolo had recorded sounds of life on the island—the sea waves, the stars-embedded skies, the winds—as well as sounds from the political gathering where Ruoppolo had gone with pamphlets to distribute and where police intervention finally killed him. Sometimes, words aren’t enough, and it’s the sounds that reach out to us, Neruda would say, as metaphors.

Budhaditya Chattopadhyay believes it too. A film school graduate, Chattopadhyay has been recording daily, seemingly mundane sounds for the past year-and-a-half. The idea came about after his return from Germany, where he did a course in new media and sound. He got in touch with German and Danish sound professionals and was fascinated that not only could you record the vibrations of sounds, but also a bat call in flight, inaudible to the humans since they are at a higher frequency than the human ear can register.

Once back in India, he formed NaaD. “As film students, we had to work with location sounds. What I am doing is an extension of that practice,” he says. So whether it is village sounds in Jharkhand—the wind whispering through bamboo forests, cattle coming home at dusk, or food cooking over a fire—he simply takes out his Sony HD 702 sound device and captures the moments. “No other cultural element captures life more than sounds, not even videos and still photography,” says Chattopadhyay. He is fascinated by industrial sounds for their sense of rhythm, and feels they are a perfect point of reference to symbolise growth.

It wasn’t always like this. Having spent 15 years of his early life in a village on the Jharkhand-West Bengal border, it was silence and nature’s sounds that he grew up with. Naturally, once in Kolkata, he had to adapt himself to the “noise” and sounds of the city . But this is not just a personal urge he is tuning in to. The aim is also to archive sounds that are becoming endangered as industry claims nature’s territory. Take the sounds of the bamboo jungle, for instance, which Chattopadhyay recorded in Jharkhand. With stone-chipping units taking over the area, the uprooted bamboo trees will no longer sing. Ditto for the dheki, a leg-operated mechanical device used for making raw rice from paddy. With electronic versions of the machine available, the rhythmic creaking of wood against wood may be lost forever.

Chattopadhyay is now pitching for funds for his next project, by which his organisation NaaD will look at three Indian cities, record sounds in closed areas—waiting rooms, malls, airports—and analyse them to come to a conclusion on what the sounds of an emerging city should be like.

While archiving sound is Chattopadhyay’s area of work, for Ish Shehrawat, musician and artist, ambient sounds are about discovering the other side of rhythm. Currently exploring Indian classical music after a decade of playing and listening to Western classical, jazz and blues, Shehrawat’s interest in everyday sound means innovating with it as a tool for composition. “Puritans may say there is only one way of playing a raga, but for me, it is also about experimenting with other scales,” he says. Shehrawat mixes music with these sounds.

He’s not the only one. Music mixers have been exploring the same for several years and coming up with sounds that are unique and personalised. Delhi-based Sarai, for instance, is a non-profit initiative that explores new media and the urban experience in South Asia. In 2009, the Sarai Media Lab produced to, a sonic compilation that linearly constructs the ‘sonic spaces’ we inhabit and the impact these sounds have on our moods. With national and international artistes collaborating on the project, the experimental album will reach out to people who have, until now, not been exposed to this facet of sound. Both Chattopadhyay and Shehrawat have also worked on sound installations in India and abroad, where they have used such recorded sounds.

Initiatives such as these make good business sense, too. “This is a whole new medium of recorded sound and holds value, has tonality and a structure in which it can be broken down, put into loops or mixed with other effects,” reveals Shehrawat.

There is a market for such sounds and can be used to create an ambience for enclosed spaces—spas, hotel lobbies, airports, exhibition venues and so on. One such project by Shehrawat will soon be heard at the New Mumbai Terminal at the city’s airport. “Raga-based, this sound installation will have just the notes of the alaap mixed with sounds, and will change according to the number of people in the space and time of the day,” he says. Chattopadhyay of NaaD is also working on releasing a CD of his recordings. These sounds can go beyond documentary and movie bytes; they can also be used for healing purposes.

The biggest challenge they face, however, is lack of awareness. Shehrawat’s New Mumbai Terminal project has been given the green signal, but a similar one for a premium hotel was turned down since the clients couldn’t relate to the newness of the concept. “There aren’t too many people who really understand the importance and impact of the sounds in our daily lives,” rues Chattopadhyay.

But he takes heart from his favourite film, Lisbon Story, a 1994 movie directed by Wim Wenders, in which a film director invites his sound engineer friend to help him with a black-and-white movie he is shooting, alone. When he realises that it might be too overwhelming a task, he sends a postcard to Winter, saying, ‘… Your microphones could pull my images out of their darkness… that sound could save the day.’