An exhibition in London looks at 150 years of photography in India, Pakistan and Bangladesh. 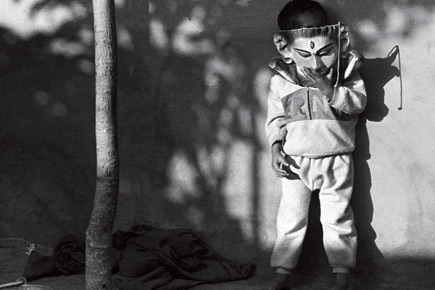 An exhibition in London looks at 150 years of photography in India, Pakistan and Bangladesh.


An exhibition on South Asia in London is drawing quiet attention among Britain’s art aficionados. Departing, perhaps for the first time in recent memory, from the usual India-centric theme, this exhibition on photography will focus on the development of the art not just in India, but also in Pakistan and Bangladesh.
The show brings together around 450 works from the three countries to showcase the evolution of still photography in the last 150 years in the region and its contribution to the understanding of the cultural, social and political linkages that bind this single geographical hub that now stands divided into three independent countries.

A brochure brought out by the Whitechapel Gallery, which is hosting the exhibition, says: ‘It encompasses social realism and reportage of key political moments in the 1940s, amateur snaps from the 1960s and street photography from the 1970s. Contemporary photographs reveal the reality of everyday life, while the recent digitalisation of image making accelerates its cross-over with fashion and film.’

Gallery curator Kirsty Ogg lists two aims that inspired the whole exercise. One is to have a bird’s eye view of historic developments in the Subcontinent “by treating it as one geographical area”, given the common cultural threads that continue to bind the three countries.  The other is to look at these developments from the eyes of “native-born photographers” and understand the region through their representations. A departure from photographic exhibitions that Londoners are used to, viewing photo documentaries of artists like Beato, Henri Cartier Bresson or Margaret Bourke-White.

Ogg says: “The exhibition will be an anthropological documentation of a conquered land through the eyes of native-born photographers and their self-determination that has made still photography a powerful medium to archive the cultural history of this geographic region from the colonial to the contemporary period.”

The exhibition is arranged over five themes. The Portrait section shows the evolution of self-representation from miniature paintings to black-and-white photographs and the representation of royalty in the 19th century to those of emerging dominant regional and national personalities from the class of merchants, industrialists and politicians in later decades.

The Family explores close bonds and relationships through early hand-painted and contemporary portraits. There are aristocratic families photographed in hierarchically ordered tableau depicting a male-dominated legacy, women’s portraits, then women and their children. There are images of the period when photographs of couples became common, particularly of Bengali bhadralok couples when it had become acceptable for them to go to studios and sit for photographs copying the ‘sahib-memsahib’ manners of the colonial rulers.

The Body Politic charts political moments, movements and campaigns, beginning with the period between the two Partitions, 1947 and 1971, and capturing later movements of peasants, working classes, environmentalists in India, the language and liberation movements in Bangladesh, and the democratic and military phases of Pakistan.

The Performance segment focuses on circus performers, artistic masquerade practices and the golden age of Bollywood. The Street looks at the built environment, social documentary and street photography.

The gallery is also hosting symposia and panel discussions on the sidelines of the exhibition. Participants include artist-academic Iftikhar Dadi, who is an assistant professor at the Department of History of Art and Visual Studies at Cornell University, academic Amna Malik, lecturer in the History and Theory of Art at the Slade School of Fine Art, curator Hammad Nasar who has also co-founded Green Cardamom, Irit Rogoff, Professor of Visual Cultures, Goldsmiths, University of London.

Kirsty Ogg says the exhibition will tour Switzerland in the coming winter and “we hope to tour India by the end of this year”.

(Where Three Dreams Cross will run at the Whitechapel Gallery in London till 21 April.)