Portrait of a Young Actor

Rajat Barmecha had no producer papa and hadn’t attended a single acting class. Yet the 19-year-old, who auditioned for a bit part, landed the lead role in Udaan and found himself in front of a standing ovation at Cannes. 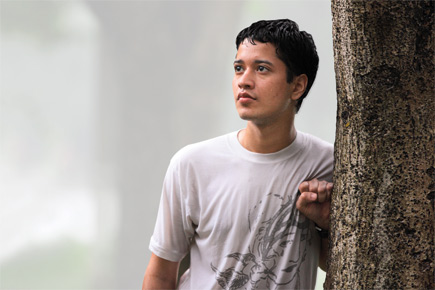 Rajat Barmecha had no producer papa and hadn’t attended an acting class. Yet he received a standing ovation at Cannes.


Rajat Barmecha hears the deafening applause in his head. Nearly two months ago, the lanky 20-year-old with long curly hair stood on stage at the world’s most prestigious film festival in Cannes and received a standing ovation with the rest of Udaan’s cast and crew. It was the first Indian film to be selected for competition at Cannes in seven years. His director, Vikramaditya Motwane, held his arm in a vice-like grip; both of them shaking uncontrollably. Vikram shouted over the clapping, “Rajat, what’s happening?!” Rajat remembers smiling from ear to ear, a small part his brain wondering at how his teeth were chattering in shock.

Rajat Barmecha isn’t part of a film family. He hasn’t worked on dialogue delivery in one of Mumbai’s several acting schools or struggled as a junior artiste in the corner of a scene. In fact, last year, when he auditioned for Udaan, it was actually for the small part of a boarding school student who sneaks out of hostel one night to watch a soft porn film. He had done a couple of TV ad spots before, but dreamed of acting in movies. His older brother coaxed him along to audition for a “fun part” in a movie produced by maverick director Anurag Kashyap. Vikram and his casting crew watched Rajat closely during the audition. At the end, they asked him if he would chop off his long locks to look like a school-going boy. Rajat agreed. The next thing he knew, he was handed Udaan’s script and told that he was selected for the role of Rohan. It was the lead role.

“I liked his personality,” says Vikram, “Rajat had an endearing look. And once we saw his audition on screen, we saw he had fantastic screen presence.” That, Rajat Barmecha has. As Udaan went to Cannes, this Delhi boy walked the red carpet as the star of the show. Udaan opens in Indian theatres on 16 July, but already Rajat gets approached while walking on the road, greeted at theatres, and has several random strangers wanting to be his friends on Facebook. It’s a far cry from the days when he used to call up coordinators, asking where he could audition. Even if they fobbed him off, he would land up at auditions for TV commercials and hang around patiently. “I didn’t know anyone in Mumbai, so I would sit there for five hours at a stretch, not speaking a word. I don’t have regrets. It taught me a lot.”

In Udaan, Rajat plays the 17-year-old Rohan, a motherless boy sent into boarding school exile by his authoritarian father Bhairav Singh. He comes back eight years later to his home in Jamshedpur and finds out he now has a six-year-old half-brother Arjun. A sensitive, rebellious soul, Rohan struggles to wriggle out of his father’s stranglehold and follow his dream of being a writer. The feelings that Rajat puts across the screen as Rohan, seep into you. There’s the unhappiness, hurt and anger of being cooped up, mixed with a shining imagination that breaks through in poetry or short stories.

All of this is extraordinary as Rajat has never acted, not even in a Class 3 school play. He says, “Rajat and Rohan are completely different. I never had a father like Bhairav. My parents have always been supportive of my choices, even though I’m a Marwari Jain and there hasn’t been an actor even door-door ke rishtedaaron mein (amongst our most distant relatives).” Rohan can even talk to his dad about drinking, smoking or watching X-rated films. And more unlike Rohan, Rajat hates reading, let alone poetry. He admits, “About 10 per cent of getting Rohan right was my job. Vikram put in the 90 per cent.”

So how did Vikram achieve the transformation? In Udaan, Rajat reminds you fleetingly of another troubled teenager, an iconic one—14-year-old Antoine Doinel in Francois Truffaut’s classic 400 Blows. Rajat reveals that among the DVDs that Vikram gave him to study was 400 Blows. “He also gave me Billy Elliot, 8 Mile, and Ken Loach’s Kes. I enjoyed those three better than 400 Blows, but I understood why Vikram had wanted me to see it.” The director also gave him Hanif Kureishi’s The Buddha of Suburbia and JD Salinger’s The Catcher in the Rye to read, but Rajat had little interest in  them.

He didn’t get away so easily on the sets of Udaan. Used to hitting the sheets at 4 am, in Jamshedpur he had to get up at 5:30 am for the scenes where Bhairav and Rohan jog together. He went to driving school and took up diction classes to bleach out the ‘Delhi-Punjabi accent’ in his Hindi. His room had no TV and the boy got only 30 minutes of phone time every evening, to call his parents. His iPod had only a few songs, and they too were handpicked by Vikram.

His acting smoothened out with every take. In a scene where Bhairav comes down heavily on Rohan, Rajat reveals that his anger, and the slap that Bhairav serves him across his face, were real. “I’m happy I got slapped. I could actually feel the warm sting on my face and it helped me perform,” he says, grinning. For tears, he relied on Bollywood’s age-old prop, glycerine. “I don’t have a dead pet or sad memory to think of. Even my grandmother died before I could remember.”  But the frustration, the rebellion found on Rohan’s face is genuine. “I hate jogging and had a tough time stuck like that in Jamshedpur. One part of me was saying, ‘This isn’t on…’ But I never argued with Vikram. He often told me, ‘Rajat, think of the big picture. The struggle will be worth it.’”

Rajat realised it was when he first saw Udaan in the office editing room. Overwhelmed with emotion, he gave Vikram a bear hug for “giving me Rohan” until the director began laughing. Now a full-fledged actor, he hopes to get more of a foothold into Bollywood, and is longing to see how India reacts to Udaan. The experience has changed him. He now enjoys more than masala cinema, like Fatih Akin’s Head On and Pedro Almodovar’s Broken Embraces. “I don’t write poetry like Rohan. But I now write my thoughts in the same book that Rohan did, and the Udaan experience takes up about ten pages. They are little personal poems that only I can understand.” In a way, it’s as if along with Rohan Singh, Rajat Barmecha too came of age.