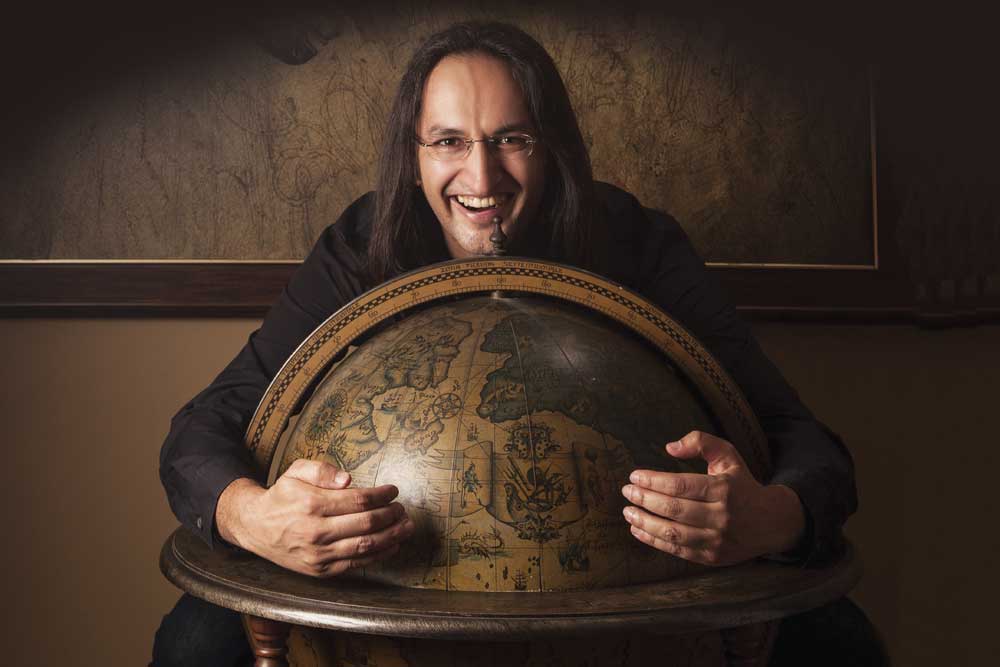 STAND-UP COMICS, as the comedian Papa CJ notes, require around ten years to find their voice. They all start off with the standard jokes, the witty observations, and the easy laughs. But it takes them about a decade to truly understand this format’s wildness and absence of rules. Jokes can be made on any subject. But it takes time for stand-up comics to realise that they can channel their jokes and material to subjects that interest them. The topics then begin to move in directions of their choice—social commentary, politics, gender issues and the ilk.

Two years ago, Papa CJ (who uses only his stage name), one of India’s first English language stand-up comics and who was instrumental in establishing the scene, had completed ten years in the business. And the deadline for his next show, the Melbourne International Comedy Festival in early 2015, was fast approaching. But as he began to prepare his material, he found his gaze turning in a new direction. Inwards.

During this time, Papa CJ was going through a most turbulent period in his life, a situation better kept hidden lest it give away a crucial element of the show. From the losses he incurred during this period—as he sat in a garden one day with his father, drinking tea—a line emerged. This was to become the last line of his show. “That closing line felt so powerful to me,” Papa CJ says, “I felt I had to do something with it.” In the next few months, he began to write the material, extracting and mining situations and moments from his life, the power of the closing line demanding that he remain honest and truthful in everything that built up towards that final moment.

The resultant show, Naked, which has gone on to win acclaim both here and abroad, is a deeply-moving personal narrative told in a funny and emotional manner. It shows us the proverbial walls that we build to hide our secrets and fears, and to protect ourselves from the outside world and sometimes even from ourselves. In the show, he dismantles the walls one brick at a time, exposing himself to the audience with all his vulnerabilities and pain. The audience realises, as the show goes on, that you aren’t just laughing and hurting from what he tells you. The performer and his voice are taking you somewhere you don’t ever expect to go in a stand-up show—where borders melt, where you are unsure if you are happy, pained or even uncomfortable.

“A show like Naked is not something you wake up one morning and decide to create. It comes to you when you are ready for it,” Papa CJ says. “I could not have performed this show five years ago because I doubt I would have had the skills or emotional ability.”

In 2004, Papa CJ—the son of a tea planter, he had moved to the UK to pursue an MBA at Oxford’s Said Business School and later worked with IBM— took a year off from work. During this sabbatical, he backpacked across Kerala, learnt paragliding, and climbed his way to the Everest base camp. And at a chance visit to the Edinburgh Fringe Festival, he encountered a man like no other. He had a mike in one hand and a drink in another and he was delivering what Papa CJ learnt was stand-up comedy. “I was like ‘woah’,” he says, “I really want that job.” He resigned from his job at IBM. And, perhaps indicative of his background in business management, he created an Excel spreadsheet of jokes. He recorded these. He measured their quality, their timing, and the laughs per minute his acts accrued. And by October 2004, Papa CJ was performing stand-up in various UK clubs.

For the next one year, as he cut his teeth in UK’s cut-throat comedy scene, stand-up for him became more art than science. He made his way up, travelling to distant UK locations, networking with stand-up comedy promoters and going from five-minute-long gigs to ten- minute ones. He learnt how short acts can be filled with only A-grade material, and one must go “bang bang bang”. And how longer ones require A-grade material to be paced out evenly between B-grade and sometimes even C-grade material. During this phase, there was no pay, little sleep, a single meal and several drinks. He would reach home, after taking several busses, only after 4 am. His relationship with his then girlfriend also unravelled over time, plunging him into depression and a bottle of alcohol per day.

When you go through something painful, you don’t share it with those closest to you. Maybe I’m using my audience as a form of therapy

“By the end of the year, I had no relationship, no friends, and I was broke,” he says. “But every promoter knew me.” He had made his way from the back end of a promoter’s email list to the top.

He joined an HR recruitment firm to fund his comedy habit. “Most people, they do a job and comedy on the side,” he says. “But in my head, I was doing comedy and a job on the side.” He was almost stabbed for performing near a mosque in Birmingham. He was made to do a routine in a police station in lieu of getting off on a drunk-driving charge. And he once performed at gunpoint, when the club owner refused to pay him.

In 2008, after performing stand-up for about four years in the UK, his father’s poor health brought him back to India. He landed an invitation to the popular US reality TV show Last Comic Standing, where he made it to the final 10. “The show gives you visibility and a big career bump in the US. And it made sense for me to stay back,” he says. Instead, he returned to India. The US stand-up scene is often said to be a means to an end, as opposed to the UK, where it is seen as an art form in itself. And Papa CJ was keen to push the format in India. He did tours, organised open mics, and invited several international comics to the country.

India, he claims, is a great place for stand-up comics, as it is rich in comedic material and poor in competition. He doesn’t want to get into TV or films. “I enjoy stand-up the traditional way. In an intimate surrounding,” he says. According to him, this also allows him to control his scenario and his audience. “In India you have to get [the audience] to give you permission [to joke]. Offence is about intent, and if the audience feels that my intention is not to offend but entertain, then they will let you get away with most things.”

TO A STAND-UP comic, silence is deeply unnerving. It is something they are trained to be afraid of and hate. “We are shit scared of it,” Papa CJ says. But in Naked, he actively pursues it. The most powerful impact is when after a series of jokes, a revelation drives an auditorium of joke-seekers into absolute silence. “In a crowd of 1,000, 500 can easily make up for a laugh,” Papa CJ says. “But for silence, you need everyone to participate in it.” He breaks the comics rule about silence, and he also intentionally makes people feel sad.

When he first performed Naked, to a test audience at Akshara Theatre in Delhi, it was about 142 minutes long. He brought it down to 100 minutes, and later to 75 minutes, which it is now, for Indian shows and around 60 minutes for foreign shows. Some suggested that he should drop the emotional aspects. “They were like, ‘It’s too intense, man, and not funny. People won’t be able to handle it’.” But to Papa CJ, these were critical and had to stay.

Naked, the show, which he is now converting into an autobiographical book, is also a revelation to its creator. Papa CJ has come to realise that, for him, it is easier to talk about these intimate moments to an audience of complete strangers than to those closest to him. “When you go through something painful, you don’t share it with those closest to you. You want to protect them,” he says. “Maybe—I don’t know— I’m using my audience as a form of therapy.” He has also come to realise how much humour there is in tragedy.

Although he has been performing the show now for almost a year, he is still unsure how he will react to it. “To me it is not an act. Not a performance,” he says. “It is my life. And I am consciously digging up old wounds.” He remembers how during the Edinburgh Festival last year, where he performed the show for 18 consecutive nights, he was unable to feel anything in the last few shows. “The tank had gone empty by then. There was nothing inside,” he says. “That’s the way it is.”

What is unique about Naked is that it isn’t just unconventional in its material but also format. It is an autobiographical story, both funny and emotional, told through a stand-up routine, with elements of theatre and narrative storytelling. Unpacking a suitcase filled with objects from his life, losing his clothes one secret at a time, he tells the audience his story. During a recent presentation in Mumbai, the 1,000-seater Tata Theatre became an intimate environment, where absolute strangers become privy to and participants in Papa CJ’s life. You know the show is autobiographical, but you are still unnerved when he mentions really personal and intimate moments. Did he just say that? How does one reveal such personal information? Can one cannibalise, even one’s own life and its failures, for what is eventually a ticketed-event with financial gain?

And then in the silence where you could hear the proverbial pin drop, you look around the theatre in the semi-darkness and you see the studied faces, the faint traces of tears, and you realise just how attached they are to the material and the performer. How silence—uncomfortable, tense, heavy and unnerving silence—has filled the room. And then he slips in a funny line. And they laugh. They laugh like they are clutching on to something.