Are they becoming colour-blind and getting stuck in the predictable? 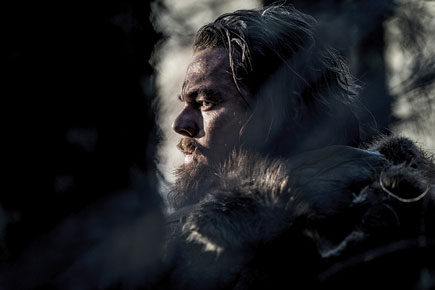 On 28 February 2016, all eyes will be on Chris Rock, as he takes the stage to host the 88th Academy Awards at the Dolby Theater in Hollywood, California, in what has, over the last month-and-a-half, turned out to be the most talked about Oscars in recent history, for none of the expected reasons.

African-American standup comedian Rock’s opening monologue will have to pull no punches, especially on the ceremony itself, if the Academy of Motion Pictures and Sciences, which runs the Oscars, wants this edition to be remembered for perhaps one right reason: six-time Oscar-nominee Leonardo DiCaprio potentially winning a compensatory Best Actor Award after 22 years of near-misses, heartbreaks and internet memes.

The story of this year’s awards, which were touted to be the most boring Oscars in a decade since the 2006 event, when Crash inexplicably won over Brokeback Mountain and other snooze- fest Best Picture nominees including Capote, Good Night, and Good Luck and Munich unexpectedly became significant when it turned out that for the second year in a row, all 20 nominees in the four acting categories were White.

Not since 1998 had such a thing occurred at the Oscars. The fact that it happened two years in a row opened the floodgates of controversy surrounding the Academy, and exposed Hollywood’s Achilles heel: its diversity problem. In 2015, the snubs to award shoo-ins David Oyelowo, who portrayed Dr Martin Luther King Jr in Best Picture nominee Selma, and the movie’s director Ava DuVernay gave rise to the hashtag #OscarsSoWhite, causing much embarrassment to the Academy. The hashtag trended again immediately after this year’s announcements, compounded by a lengthy post by two-time Academy Award nominee, director Spike Lee, on Instagram.

‘How is it possible for the second consecutive year that all 20 contenders under the acting category are white?’ Lee passionately appealed, ‘And let’s not even get into the other branches. Forty white actors in two years and no flava at all. We can’t act?! WTF!!’ Lee has even refused to attend the ceremony this year to collect an honorary Oscar he’s received for his contributions to filmmaking.

In a year where two of the biggest original blockbusters were F Gary Gray’s biographical drama Straight Outta Compton on the hip-hop group, NWA, (which collected $200 million at the box office on a $28 million budget) followed closely by Ryan Coogler’s Creed (which earned over $170 million on a $35 million budget), the reactions towards the nominations and Lee’s comments were relentless. On last count, Jada Pinkett-Smith and husband Will Smith, David Oyelowo, Tyrese Gibson and Michael Moore said they wouldn’t be going—or watching—the Oscars.

Besides them, much of Hollywood has weighed in on the issue. George Clooney said that the Oscars are “moving in the wrong direction”. Best Actress nominee Charlotte Rampling, added fire to the debate by saying that the controversy was “racist to Whites”. Even President Barack Obama opined, “The industry should look for talent and provide opportunity to everybody. Are we making sure that everybody is getting a fair shot?”

The controversy has put Cheryl Boone Isaacs, the first Black president of the Academy, centrestage, and she has already set a goal of doubling the number of women and minority group members by 2020. She also put out a statement saying, ‘While we celebrate their extraordinary achievements, I am both heartbroken and frustrated about the lack of inclusion. This is a difficult but important conversation, and it’s time for big changes.’

These changes, which include expungement of voting rights for inactive members of the Academy, are crucial for the 6,000-plus-member group that runs the Oscars that is, according to a 2012 Los Angeles Times Survey, 94 per cent White and 77 per cent male, with a median age in the mid-sixties. The reforms are necessary not only because of diversity issues, but also because the Awards need to stay relevant to younger audiences, who are all but tuning out each year.

At last year’s ceremony, where Neil Patrick Harris valiantly tried to entertain crowds in his underwear, the viewership dropped to 36.6 million, nearly 15 per cent from 43 million viewers in 2014, a year remembered for Seth MacFarlane’s unfortunate segment, ‘We Saw Your Boobs’. It has long been time for change, and for that reason, David Hill (a former Fox executive) and Reginald Hudlin (Oscar-nominated producer of Django Unchained) were appointed in 2015 to make the show more engaging.

Their first call to action was to get Chris Rock back as host after his 2005 Oscar-stage debut, in a pre-nominations move that has now become momentous in the wake of the diversity controversy. Rock, who is said to be writing a monologue to ‘specifically’ address the issue, responded to the #OscarsSoWhite hashtag with the tweet, ‘The #Oscars. The White BET Awards,’ referring to the Black Enter- tainment Awards that honour African Americans and other minorities in entertainment.

There will also be a noticeable change in format this year with Hill and Hudlin introducing a ‘Thank you scroll’ at the bottom of the screen for home viewers, aimed at keeping the winner speeches shorter and more emotional. These changes and performances by Lady Gaga, Sam Smith and The Weeknd, may end up making the ceremony memorable at the very least, or a game-changer at best, especially if the #OscarsSoWhite drama carries out on stage through presenters Quincy Jones, Kevin Hart and Kerry Washington.

This is all very well, since the awards themselves have nothing exciting to speak about.

For one, besides Mad Max: Fury Road, none of the eight Best Picture nominees has accumulated a feverish fan following, as opposed to last year, when Birdman, Boyhood, The Grand Budapest Hotel, Selma and Whiplash had their own cult following.

This year, if you don’t count The Martian’s $609 million worldwide gross, the collective earnings of five other nominees, Bridge of Spies, Brooklyn, Room, Spotlight and The Big Short, stacks up to $370 million dollars, the amount nearly earned by Mad Max: Fury Road and The Revenant themselves. The numbers are but an indication of how many people have watched these films, or, for that matter, really care about them, and they paint a sorry picture.

Adding to this dreary trend is the fact that the winners for Best Actor are all but set in stone. Leonardo DiCaprio and Brie Larson have swept the Best Actor and Actress Awards respectively at the Golden Globes, The Screen Actors Guild Awards, The Critics Choice Awards and the BAFTAs, so it would take some doing for them to be left empty-handed (here’s looking at you, Leo!).

Sylvester Stallone (Creed) and Mark Rylance (Bridge of Spies) are the two favourites for Best Supporting Actor. Alicia Vikander (The Danish Girl) and Kate Winslet (Steve Jobs) are the top contenders among actresses. All four have won two awards each so far. But seeing how the Academy favours experience over craft, it is likely that Stallone and Winslet may win, but the only ones getting robbed here would be Idris Elba (Beasts of No Nation) and Charlize Theron (Mad Max: Fury Road), who didn’t score a nomination at all.

Inside Out is certain to win Best Animated Film while Spotlight and The Big Short are likely to win Best Screenplay and Best Adapted Screenplay respectively, as both The Hateful Eight and Steve Jobs were shut out of the nominations.

It all eventually boils down to Best Picture and Best Director, which would be interesting only if Mad Max: Fury Road and its director George Miller stood any chance of winning, but given the Academy’s penchant for being blind to what or who has really wowed audiences, Alejandro G Iñárritu is probably going to win Best Director for the second year in a row, whereas Best Picture will be a close call between Spotlight and The Revenant, both award-season favourites, although no one would bother if either of them or any of the others won, as long as DiCaprio took his trophy home.

And if you aren’t excited about seeing DiCaprio finally receive a trophy, even as animators are creating an arcade-style video game called Red Carpet Rampage in tribute (check it out), there is still something for you to watch out for: Indian-origin director Asif Kapadia, is, in all likelihood, winning the Best Documentary Feature Award for his film, Amy, on the life and death of late singer, Amy Winehouse. Another Indian-origin director, Sanjay Patel, may also stand a chance to win in the Best Animated Short category for his Pixar short film, Sanjay’s Super Team. And finally, Priyanka Chopra will be presenting on stage. As long as she doesn’t shout out to Mother Teresa, at least India will have something to write home about.