Jeff Bhasker believes that the most important function of his art is storytelling. The Grammy-winning songwriter and producer in conversation with Prabha Chandran 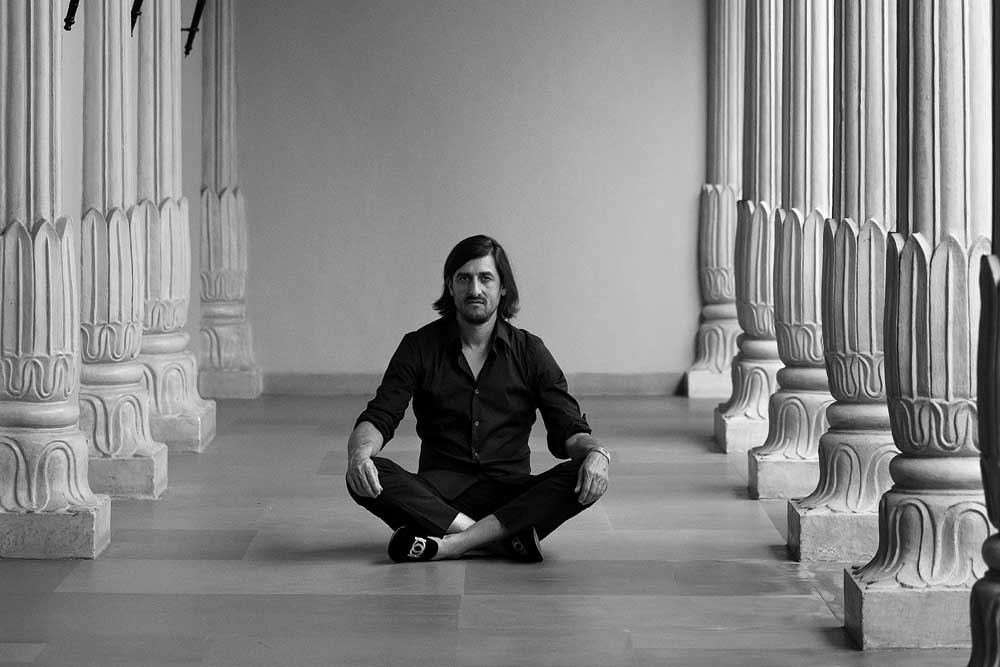 HE’S THE MAN behind some of the biggest chartbusters of the last decade. He makes music for top bracket celebrities like Kanye West, Beyonce, Alicia Keys, Jay Z, Rihanna, Taylor Swift, Eminem, Pink, the Rolling Stones and more, and you haven’t heard of him? With five Grammys (out of 13 nominations) he is among the hottest songwriters, music producers and musicians in the US today. Meet Jeff Bhasker, 43, the boyish, lanky, German-Indian son of Ravi Bhasker, mayor of Socorro, New Mexico.

India loves to embrace its more famous offsprings, but Bhasker’s low-key approach to celebrity endows him with a degree of anonymity he covets. So while India’s great music maestros were surrounded by fans and entourages at the magnificent MTV India Music Summit put together by Music Concepts’ driving force Mala Sekhri in Jaipur this week, Bhasker hung around without any fuss simply imbibing the ancient rhythms of classical Indian music, folk and pop rock. A relative stranger to India, how did he relate to the ponderous inaugural concert by the venerable Pandit Jasraj? “He’s cool, so open to new technology,” says Bhasker, referring to Panditji’s use of an electronic tanpura. “Classical Indian music is profound, intellectual and complex—a bit like jazz, which got me into music in the first place. It is very stylised, rich in tension, a sophisticated range of notes, exploration of tones and styles… yet, I’ll bet money Pandit Jasraj doesn’t want his music to be put on a pedestal.”

So what makes Bhasker such a success? It’s a whole philosophy of the place of music in our conversation, technique being one part of it. “I learnt music by ear, although my mother taught me piano at a very early age,” he says. “I did go to music school, but I realised quickly that I could spend years in academia and never find my own voice. You have to take what you learn and interpret it in your own way, do things differently, because that’s what people really respond to. My mentor, Kanye West, didn’t study music either. Yet he found a way to create his own musical language. It is not about your technique, it is about the story you want to tell because the most important function of music is to communicate and tell a story. It doesn’t matter if your technique is perfectly polished, if it glitters like a diamond, it matters if you got your story across and made an impact.”

The other part is realising that less is more. “I have spent a lot of time contemplating what music is. I’ve learned that to get my point across, I only need to do 10 per cent of what I do. I don’t need to use every trick in my bag, every chord that I know. I think you can get really indulgent when you study and learn so much… sometimes I tell people, ‘Hey guy, we’re not paying you by the note.’ I need a clear idea to come across and when you start that way you go back to the story.”

And what is the story he wants to tell? “Whether it is blues or jazz or lots of popular music around the world, it is about pain, of love or loss of love.” Bhasker admits to his own pain, some of it stemming perhaps from the separation of his parents and his immigrant experience: “I stood out as an Indian in my mother’s White family and I was called a gringo, White boy, when I was in my father’s Hispanic neighbourhood in New Mexico.” Inevitably, he turned to the music of another immigrant group, African Americans. “Rhythm and Blues was an entry point for me and it was Black American slaves who invented the platform for blues and jazz, rock and roll, hip-hop. Their music tells of a deep pain, a wound that hasn’t healed. Music is universal because you don’t need to understand it to feel the pain. This is about being human. Buddhists say life is painful, that’s just the truth.” But the trick for him is not to wallow in misery but lift the song out of pain, and reveal a resilience of spirit that made a song he worked on for Alicia Keys, Try Sleeping With a Broken Heart, a super hit.

“I get so tired of defending Kanye. He’s so talented and he’s just a person who is very interested in the truth”

Bhasker is surprised people associate the rise of racism and White supremacy with the election of Trump. “Because we had a Black president, people have forgotten our country was founded on racism,” he says. “We have a deep wound that never really healed despite the Civil Rights movement. Trump is a reaction to a Black president. There was a lot of deep resentment that exploded. This was a big theme in my musical education. Because when you learn blues and jazz, they make a point of teaching you how the music was created by African slaves who were brought to America. The deeply passionate singing style where everyone participates is a beautiful thing. The performer and audience are one, and the best quality of music is to bring us together no matter what your reference points are.”

And one of the more important reference points for Bhasker was a meeting with Punjabi rock star Jasbir Jassi in 2005. It happened when fame was still in the future. “New York was very depressed post 9/11 and it was a hustle to find gigs to do,” says Bhasker. So when a friend said Jassi, was coming to make an album in NY, he thought it would be great to dig into the roots of his Indianness. “But I had so much trouble following what he wanted to do, the changes, the beat would flip around, he’s singing in Punjabi, it is like all of your senses are taken away and you’re reaching in the dark,” he confesses. Back with a Back, the album they made together, marked the beginning of a firm friendship that has lasted years with Jassi’s son coming to intern with Bhasker.

His other collaborations, post 2005, are the stuff of legend. Bhasker went from keyboardist for Kanye West to writing and producing collaborations on the rapper’s hit albums 808s & Heartbreak (2008) and My Beautiful Dark Twisted Fantasy (2010). His Grammy-winning songs include All of the Lights, (2012), We are Young (2013), and Uptown Funk won Record of the Year while Himself got him a Grammy for Producer of the Year in 2016.

Does it bother him that the stars get the credit for his work? He shrugs, “It is what you want to do with your art. I never really sought to be famous, but yes, I’m human and recognition is nice,” he says with a smile. Having seen the vulnerability of famous people up close, he’s also realised fame is not all it is hyped to be. “What happens when they take away that love and you aren’t famous any more? What does that do to your ego? You know fame is a social construct, it’s really not about art. That’s not what fulfils you as a human being,” he says.

No discussion of his musical journey would be complete without touching on his relationship with the man he calls his mentor, the famously temperamental bad boy Kanye West. “I get so tired of defending Kanye. He’s so talented and he’s just a person who is very interested in the truth,” says Bhasker. “When a White man says something, it’s an opinion. When a Black man says it, he’s being aggressive. Kanye was talking about racism and police brutality long before Trump in his Yeezus album (2013). He’s always a little ahead of the curve but not too far for it not to resonate.” Kanye, he says, is “so in touch with what is happening now he can tap into the near future. To me, that defines what a contemporary artist should be.”

One wonders if he has a singer in mind when he writes a song. In the cutthroat music business where lyricists hustle to get their songs seen by the big names, Bhasker now enjoys the luxury of arrival. “When I’m writing a song, I tend to draw on my own experience and my own truth and put that into a form that is something one can relate to. I don’t get too indulgent. The key is my triumph over my pain,” he says. A great example of this he says is Beyonce who he dubs one of the greatest living entertainers in the world. “She just has worked so hard at her craft to dazzle you and she’s moving in the direction of Kanye,” he says. “She’s making a more artistic statement with her last album Lemonade, she really spoke from her truth. About her relationship and the infidelity… a key thing is exposing your vulnerability. That’s the magic. Divas and celebrities of all kinds—Adele, Alicia, Beyonce, Kanye—they’re a mixture of vulnerability and strength. They are very powerful and confident performing on stage, but they are exposing a vulnerability and they are taking a risk. It’s an example to us, the audience. If they can do it, we can do it.”

As the last strains of another emerging star Kaushiki Chakrabarty’s thumri illuminate the night sky, Bhasker mulls over his immersion in Indian music, saying he’s still trying to absorb the sheer richness and variety of his experience. He’s trying to deconstruct India with the help of Jassi and says he’s still American enough to find it all exotic and cool. And his personal idol? The man many consider the giant of jazz, Miles Davis. “He always looked forward, he never rehashed his music, he wrote, he performed and he always wanted to push further.” It’s what the best contemporary musicians do, says Bhasker.