There’s an entire generation of post-liberalisation readers who can’t seem to get enough of Chetan Bhagat’s fiction. Be puzzled, be very puzzled. 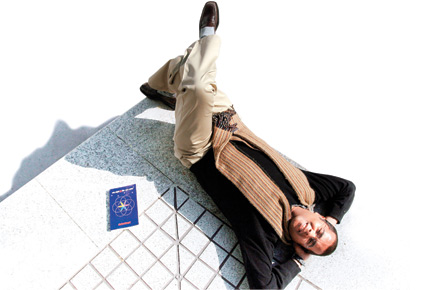 It’s puzzling that there’s an entire generation of readers who can’t seem to get enough of Chetan Bhagat’s fiction.


In a now famous put down, the Spanish writer Roberto Bolano remarked, “Paulo Coelho… has a poor vocabulary. What are his merits? The same as Isabel Allende. He sells books.” Chetan Bhagat’s other merits may be open to question, but he matters precisely because he sells. And because he sells, his books say something about a generation that seems to buy them in such large numbers.

In most countries, they would fit the ‘young adult’ category. Here, the arrested adolescence of those in their twenties must go some way in explaining why they have such appeal. Parents loom large, the characters live in college hostels or at home with parents, career and marriage decisions are imposed on them, and yet they seek to negotiate their way through such dilemmas without turning against their parents. It is not as if Chetan Bhagat’s books are particularly well written or plotted either; the characters feel and sound the same whether they are at IIT or a call centre, and all his books focus on a small group of young people just starting out on a career or hoping to, with a love affair at the heart of it all.

Yet, these books are revelatory of a great number of urban young from the post-liberalisation generation. The characters are sickened by politics and political leaders, yet are imbued with a keen sense of nationalism. Sex lurks on the horizon, a perpetual attraction, but girls are a mystery. Cricket is what binds everyone. The pull of America is quite apparent, even the English of the books follows American usage to some extent, but this goes hand in hand with an intense anti-Americanism (the book on call centres borders on the racist), not, say, because of the Iraq War but because these characters see themselves as inherently superior. It is they who should be leading the world, not those ‘dumb’ Americans. The inherent sense of superiority in their own ‘culture’ and intellect is accompanied by a naïve secularism in the Indian sense—many of them are religious, but the politics of the Hindu Right appears as something malevolent; the marriages cut across caste and region, and friendships extend across religions.

Here is a peek into the World According to Bhagat:

“My English is not that great—actually, nothing about me is great. So, if you are looking for something posh and highbrow, then I’d suggest you read another book which has some big many-syllable words.”

“My point is that the clueless Sixties to Eighties generation is now old, and running the country. But the Nineties and the, what do they say…?”

“Yeah, whatever. The Zeroes think different. But we are being run by old fogeys who never did anything worthwhile in their primetime. The Doordarshan generation is running the Star TV generation.”

“Now girls do this all the time, they think repeating an adjective makes it more effective…”

“That is the thing with girls. They are like half your size or something, but if they know you really like them, they boss you around.”

“Girls are beautiful, let’s face it, and life is quite, quite worthless without them.”

“Man, why is it so hard to explain stuff to girls?”

‘“I think a mosquito kissed me,” she said and spat again, “is it still there in my mouth?”

She opened her mouth and brought it close. Her lips were eight millimeters apart from mine.

Soon the gap reduced to zero. I don’t know if I came towards her or she came towards me. The tiny distance made it difficult to ascertain who took the initiative. I felt something warm on my lips and realised that we have come too close, or maybe too far.’

‘“Remember,” the instructor said to the class, “a thirty-five-year-old American’s brain and IQ is the same as a ten-year-old Indian’s brain. This will help you understand your clients. You need to be as patient as you are when dealing with a child. Americans are dumb, just accept it.”’

‘“Shyam, you know how Vroom said just because India is poor doesn’t mean you stop loving it?” Priyanka said.

“What?” I blinked at the change of topic, “Oh yes. And I agree, it is our country after all…”

“Yes, we love India because it is ours. But, do you know the other reason why we don’t stop loving it?”

“You don’t because it isn’t completely India’s fault that we are behind. Yes, some of our past leaders could have done things differently, but now we have the potential and we know it.”’

‘Ali’s dad spoke again. “I am not particularly fond of my own party.”

“Really?’’ I said when no one said anything.

“Yes, because at one level, they too, like all political parties, spend more time playing politics than working for the country. Creating differences, taking sides, causing divides—they know this too well.’’ All of us nodded to say goodnight. But Ali’s dad was not finished, “It is like two customers go to a restaurant and the manager gives them only one plate of food. And if you want to eat, you must fight the other guy. The two guys got busy fighting, and some people tell them to make amends and eat half plate each. In all this, they forget the real issue—why didn’t the manager provide two plates of food?”

I noticed Ali’s dad’s face. Behind the beard and the moustache, there was a wise man somewhere.

“Good point, the fight is created. That is why I am never big on religion or politics,’’ I said.’